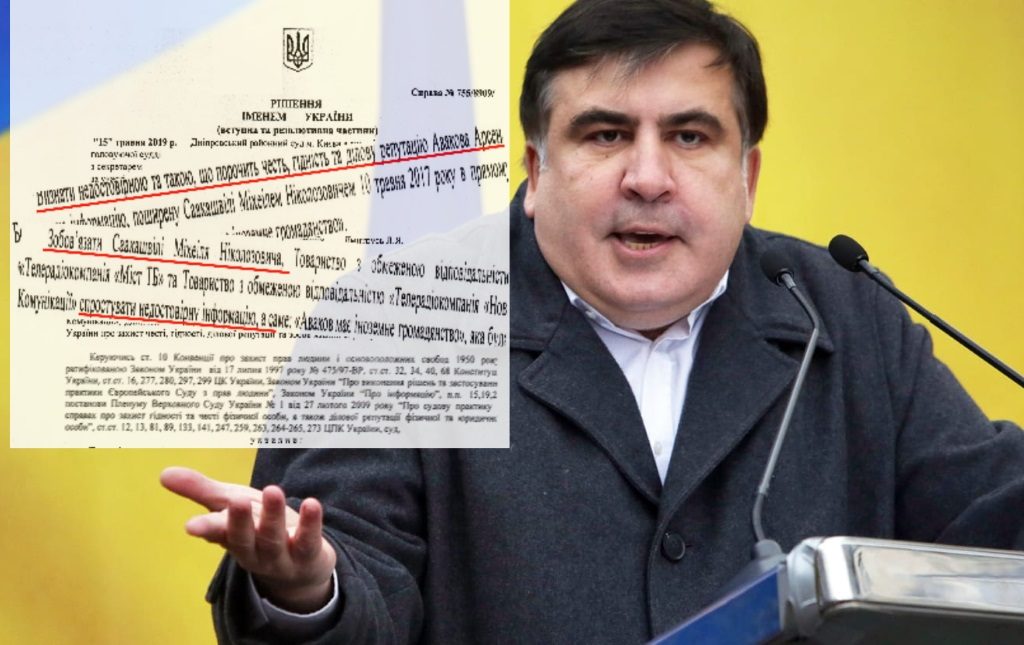 According to the decision of the Dneprovskiy district court of the city of Kiev, dated 05.15.2019, Mikhail Saakashvili is obliged to retract the information that the Minister of Internal Affairs Arsen Avakov “has foreign citizenship”, as he had earlier stated live at the ZIK TV channel.

The decision of the Dneprovsky District Court of Kiev, dated May 15, 2019, states:

“To recognize as misleading and denigrating the honor, pride and business reputation of Avakov Arsen Borisovich, the information spread by Saakashvili Mikhail Nikolozovich on May 10, 2017, live on TV channel ZIK – namely: “Avakov has foreign citizenship”.

To obligate Saakashvili Mikhail Nikolozovich, Most TV Broadcasting Company Ltd, and New Communications Broadcasting Company Ltd to refute false information, namely:  “Avakov has foreign citizenship”, which was distributed on May 10, 2017, and to do it in the same way as they have distributed misleading information, namely: to report it live on TV channel ZIK.

To recover from Mikhail Saakashvili the court fee of UAH 640″. 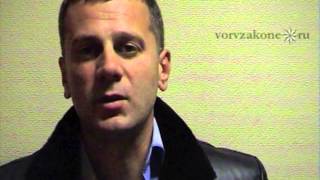