During four years, the units of the State Emergency Service of Ukraine saved more than 17 thousand people

On September 15, on the eve of Rescuer Day, the Prime Minister of Ukraine Vladimir Groisman, the Minister of Internal Affairs Arsen Avakov and the Head of the SES Nikolai Chechetkin congratulated the SES units upon their professional holiday. 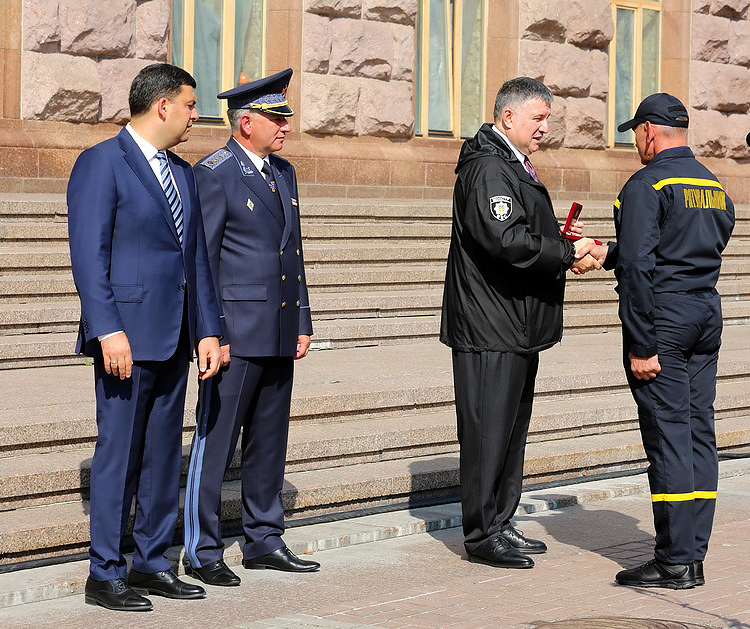 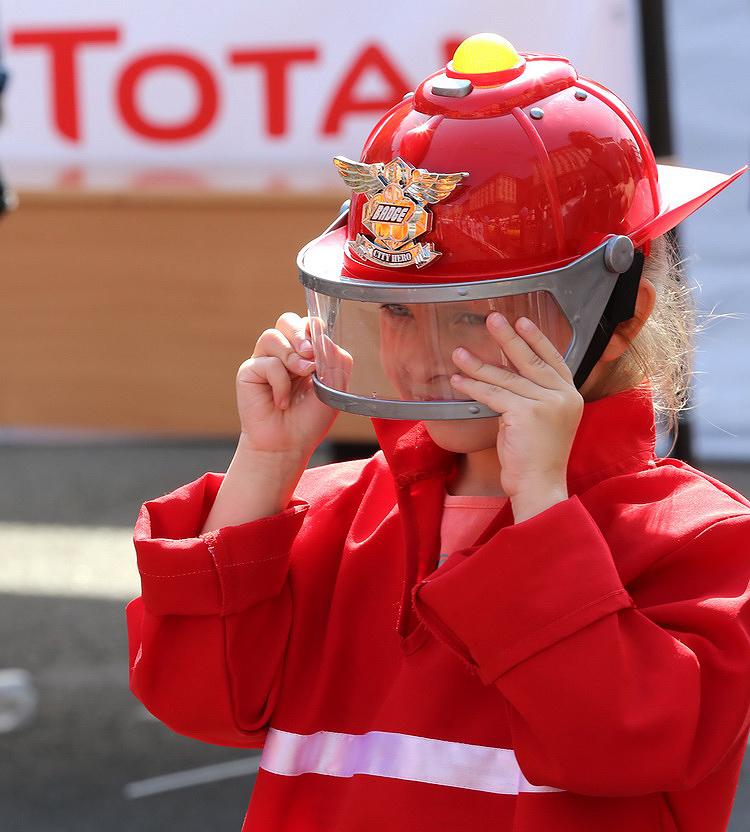 The Prime Minister stated that Ukrainians trust our rescuers, and the task of the Government is to provide everything necessary for the people engaged in this complex work.

“If we look at the figures, then we see that over four years by the hands of the SES staff, by your courage more than 17,000 people have been saved. I am convinced that you enjoy sincere respect and authority in Ukrainian society.  Our task today is to make sure that our rescuer is provided with everything necessary”, – said Vladimir Groisman.

As part of the celebration, the Prime Minister handed out to five SES employees the certificates to receive official housing and noted that this year the Government allocated special resources to provide rescuers with apartments.  So, shortly, the SES will receive 204 apartments for its staff. 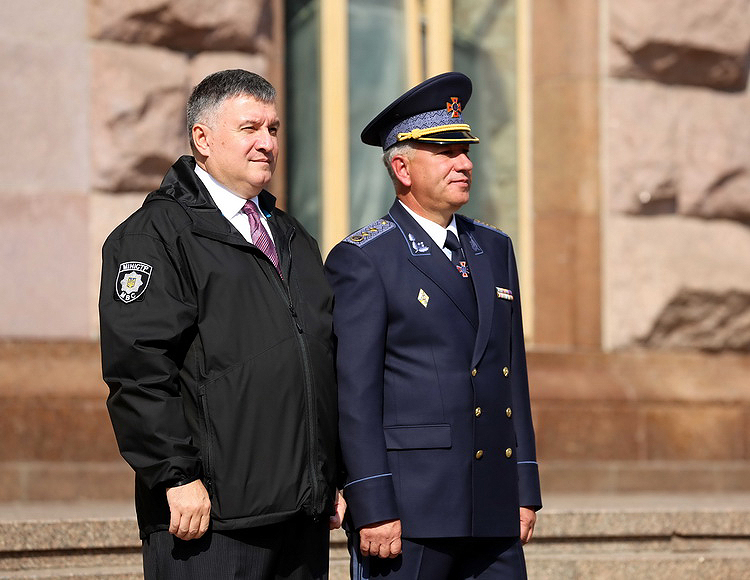 The Minister of Internal Affairs Arsen Avakov noted that the agency continues its efforts to improve the working conditions of employees and re-equipping the service:

“2018 is the year of emergency service.  We pay special attention to increasing the salaries of personnel, the re-equipment of units and the provision of housing.  The government budgeted UAH 90 million only for the construction of housing.  Last year, we raised wages by half, and this trend will continue. Also, as part of the launch of the MIA system of aviation security and protection, this year SES will receive the first French Airbus helicopters for medical aero-evacuation, including from the OJF zone, and for the search and rescue operations.  This is the level of work of rescuers in European countries.  But all this is possible only when the personnel is motivated and provided for”.

The Minister thanked the rescuers for their significant contribution to the common cause and dedicated service: every day they bravely and heroically save people, eliminate fires, accidents, catastrophes, and also are engaged in emergency restoration and demining of Donbas. 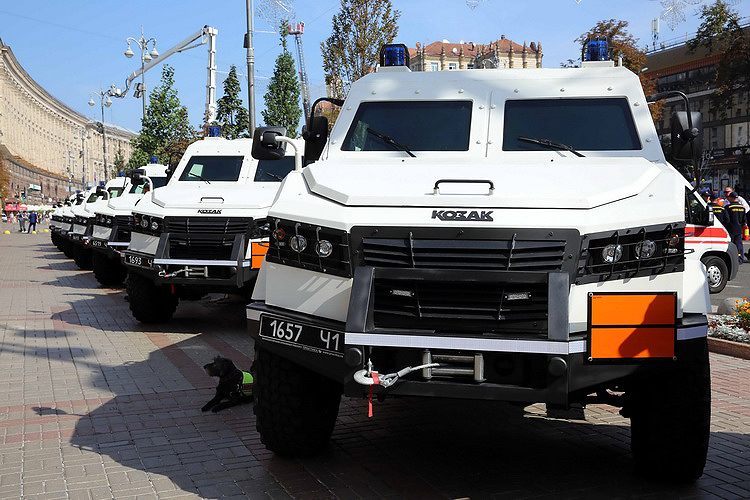 The head of MIA handed over to the SES units in Donetsk and Lugansk regions and to the First Special SES Center for Rapid Response and Humanitarian Demining the certificates to receive eight pyrotechnic vehicles Kozak PM-L.  These special purpose vehicles of Ukrainian manufacture will deliver people and special equipment to the sites of mine clearance.

On the same day, 23 SES rescuers received awards from the Cabinet of Ministers, certificates of acknowledgment, valuable gifts and departmental awards of the Ministry of Internal Affairs. 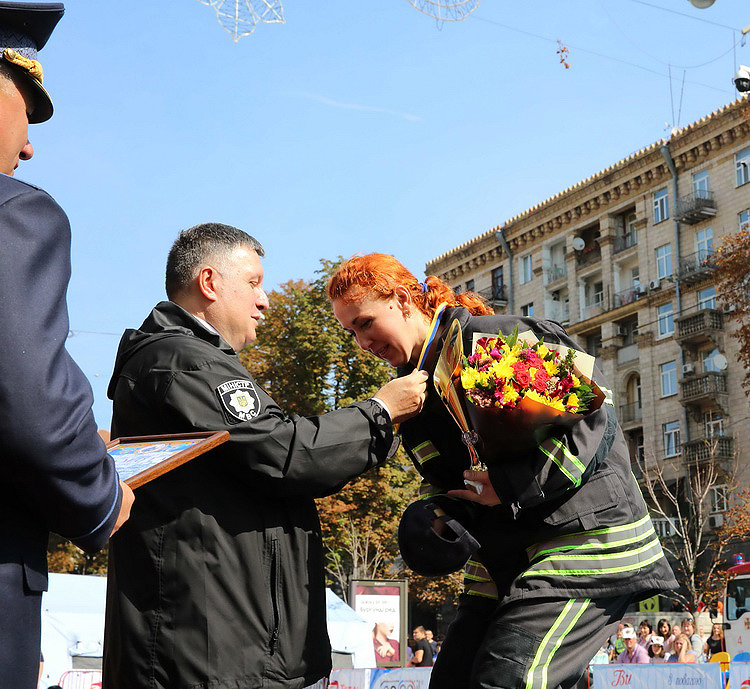 In 2018, a new tradition was established in the State Emergency Management Service – to honor the service dogs-rescuers solemnly.  Special “awards” were given to nine service dogs that helped to save people in emergency situations: they found children under the rubble, found explosive devices and helped in humanitarian demining. 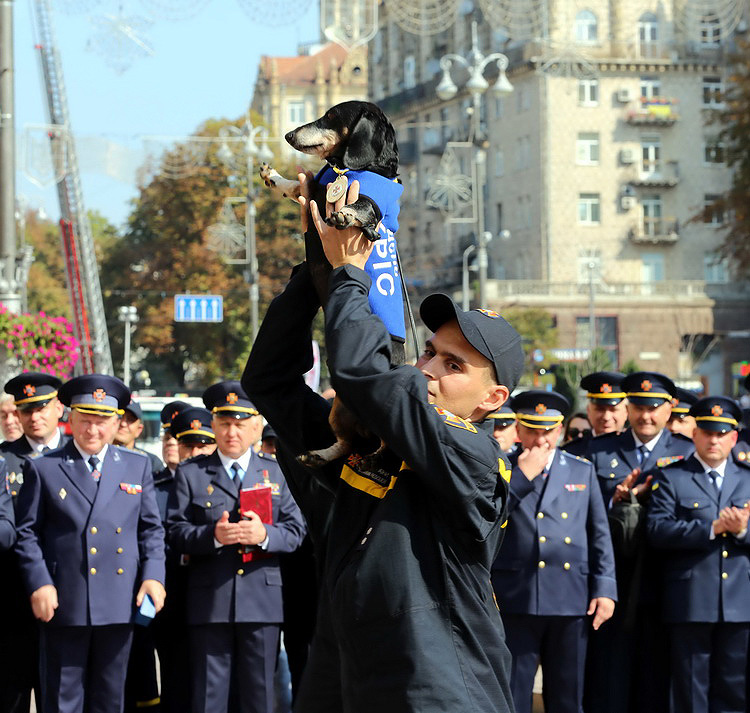 As a token of gratitude and respect, these four-legged rescuers received gifts and favorite delicacies, and most importantly – a lifelong provision with all the necessary food and care after they will “retire”.

A new tradition was launched in the SES: now the “veterans” of the cynological search and rescue units (rescue dogs) will receive life-long support and care.

Among those who completed the service in the SES is the first search and rescue dog Margie, which this year turned 13 years old.  With its help rescuers of the Sumy region managed twice to find and return home two elderly people suffering from Alzheimer’s disease.  Its colleagues Buster, Richard, and Kurt from the SES Interregional Center for Rapid Reaction also have saved hundreds of lives.  Nine-year-old German Shepherd Alabama is the only rescue dog that works in three districts of the Odessa region, and just a few months ago it managed to find a little boy who got lost in the forest.  Another champion is Chegevara which in 2012 helped to find a woman who was blocked under the rubble of a destroyed house in Nikolaev.  This feat it repeated in 2016 in Kiev, when the house collapsed on Bogdan Khmelnitsky Street.

Labradors Barrymore and Norby also received this day their awards and well-deserved applause.  And, of course, the small Chris – the only dachshund working as a rescue dog in Europe. 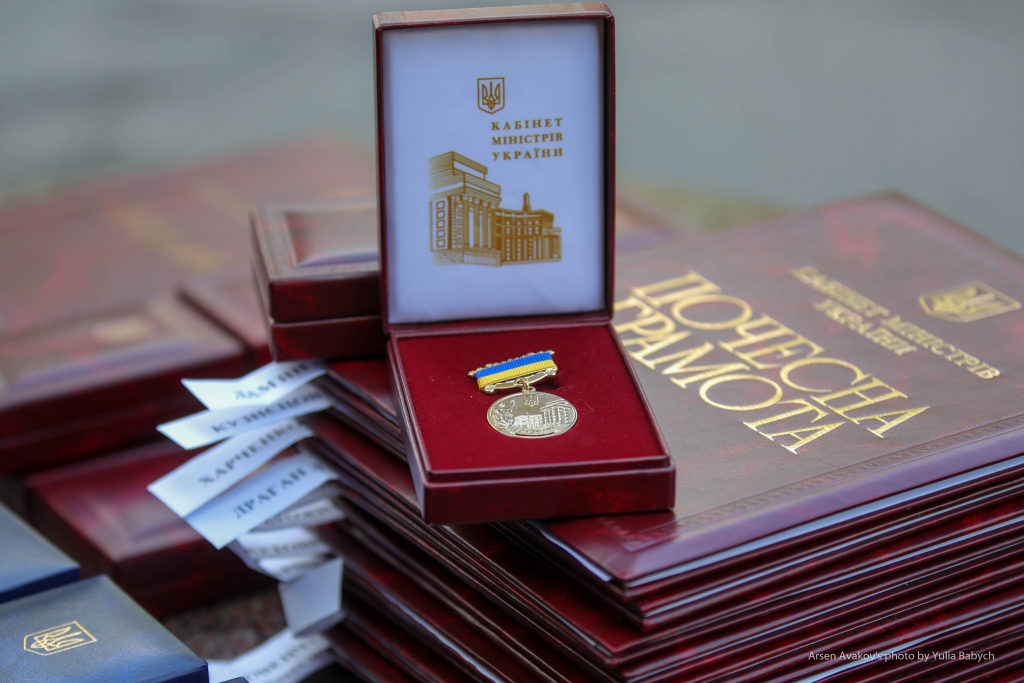