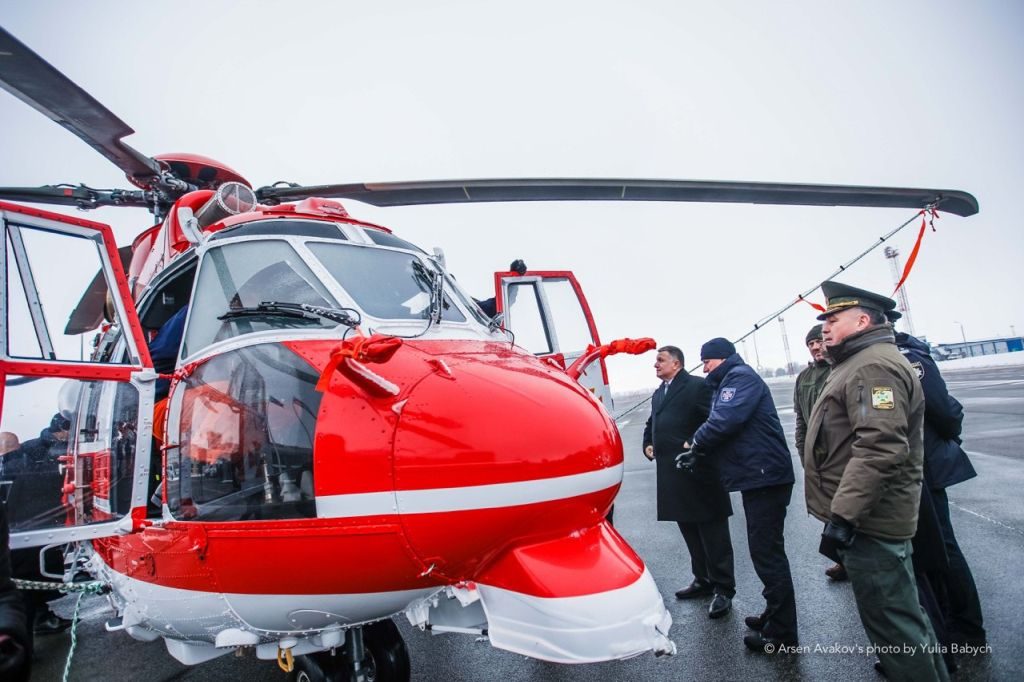 Today, on December 21, the first two Airbus H225 Super Puma helicopters were commissioned at the Boryspil airport near Kiev.  One machine will work in the SES, the second – in the National Guard.  Until the end of 2021, the Ministry of Internal Affairs will receive 55 Airbus helicopters under the Ukrainian-French contract.

The ceremony of delivery the helicopters was attended by the President of Ukraine Petro Poroshenko, the Minister of Internal Affairs Arsen Avakov, the heads of the central executive bodies (CEB) of the MIA system, Extraordinary and Plenipotentiary Ambassador of France to Ukraine Isabelle Dumont and representatives of Airbus Heliсopters company.

The President of Ukraine Petro Poroshenko appreciated the effective work of the Minister of Internal Affairs Arsen Avakov and the entire MIA negotiating team.  Thanks to their efforts, the airborne public safety and security service project was implemented in an exceptionally short time.

“Today we witness an outstanding event, vivid evidence of the technical resource building of our border guards, rescuers, the National Guard.  It is a symbol of effective cooperation between Ukraine, France, Germany and the EU as a whole.  I want to stress that this will not hinder the development of the domestic helicopter-building industry because we have extremely high need in helicopters”, – stated Petro Poroshenko.

The Minister of Internal Affairs Arsen Avakov noted that implementation of this project in cooperation with the French-German company Airbus Helicopters would allow building in Ukraine the third largest in Europe (after France and Germany) airborne public safety and security service.

“160 days ago, on July 14 – on Bastille Day – we signed an unprecedented big scale contract with the French side for the purchase of 55 helicopters, produced by the Airbus Helicopters company, for the Ministry of Internal Affairs of Ukraine.  And today we meet the first helicopters.  Delivery of these beautiful multi-functional powerful Airbus Helicopters Super Puma machines launches the practical phase of building the Ukrainian airborne public safety and security service”, – said Arsen Avakov.

The head of MIA announced that in the next three years the CEBs of the MIA system would receive 21 H225 Super Puma helicopters, 10 H145 helicopters, and 24 H125 helicopters.

“Thanks to these perfect, powerful and multi-tasking helicopters, the State Emergency Service will be able to transport ill and injured people, conduct reconnaissance in emergency areas, and extinguish large-scale fires.  New helicopters will allow the State Border Service to guard and monitor the border; the National Police – to perform special police functions and search for criminals; the National Guard – to transport fighters and equipment, conduct reconnaissance and carry out special operations”, – stressed the head of MIA.

Arsen Avakov noted that MIA studied the best practices of many countries and developed the basic concept of a new service: all helicopters will be multi-functional and, if necessary, they can be used to solve any tasks.  In total, Ukraine will have 15 helicopter bases and a technical and service center in Nizhyn (Chernihiv region), which will serve not only Ukrainian helicopters, but also accept orders from European partners and, thus, strengthen cooperation with the European Union.   In Kremenchug (Poltava region), a training and study center will be created for pilots and technical staff.  The Kremenchug Flight College was transferred to the MIA system by a government decree.  It will become the main base for training pilots, technical and service personnel for the airborne MIA public safety and security service.

“I am sure that the MIA airborne public safety and security service will provide for a fundamentally new quality of life for Ukrainians for it will mean the saved lives, protection, and help in any difficult situation!  It will mean service and safety for everyone in every corner of the country.  It will mean the power and independence of Ukraine”,- stated Arsen Avakov.

The Minister thanked the country’s leadership and French partners for their support and assistance.

In turn, Executive Vice-President of Airbus Helicopters Matthieu Louvot noted that from the first day of joint work Ukraine had become a reliable partner for Airbus.

“Ukraine is a great power with a very strong industry.  I want to express my gratitude to the Ukrainian aviation teams that have completed their H225 certification training in Airbus Helicopters and also to note their high level of training.  I hope for the expansion of our further cooperation. Thank you, Mr. President and Mr. Minister”, – said Matthieu Louvot.

Airbus Helicopters company will provide support to Ukraine in personnel training and helicopters maintenance until the MIA airborne public safety and security service is fully operational.

Airbus H225 Super Puma – long-haul passenger helicopters, developed as the next generation of the civilian helicopter family Super Puma.  With two turbine engines Turbomeca Makila 2A, a durable rotor with five blades and a Spheriflex hub, the helicopter can take on two pilots, a flight attendant and 24 passengers.  Maximum payload – 11 tons.  The helicopter has a cruising speed of 260.5 km/h at an altitude of 5900 meters, a combat radius of 857 km, a ferrying distance of 985 km.

The H225 type helicopter possesses the highest in the industry speed, range, payload and reliability features in an 11-tonne-category twin-turbine rotorcraft. As the youngest member of the Airbus Super Puma family, the H225 helicopter was developed on the base of proven technology solutions and customer experience throughout the world.

The helicopter can be quickly refitted for conducting search and rescue operations over the sea and has the appropriate equipment. 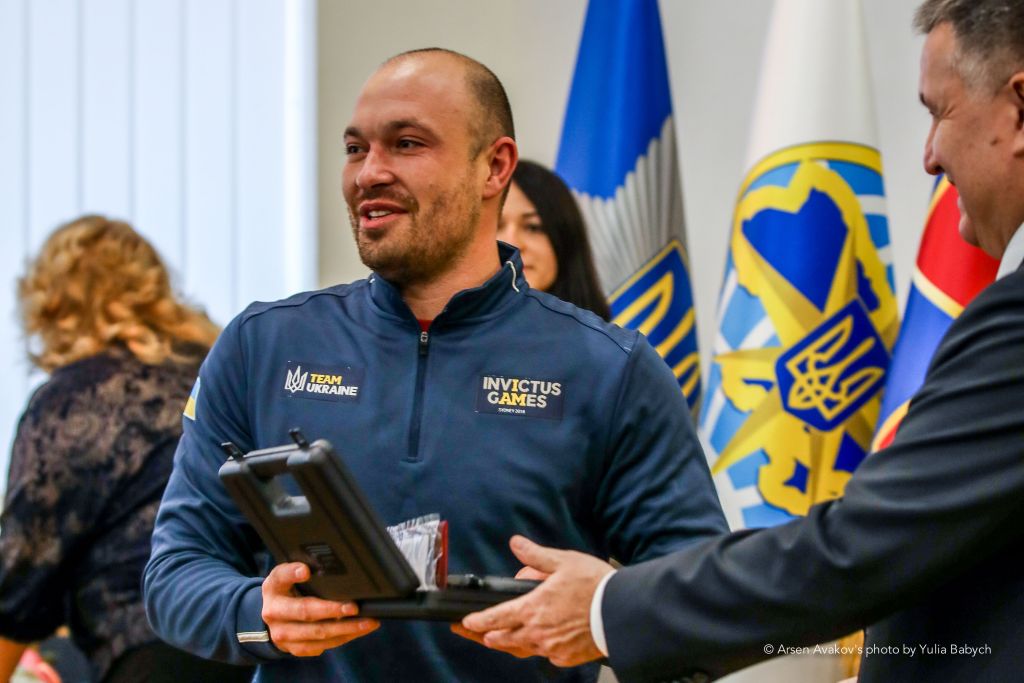