Arsen Avakov / News / Arsen Avakov: The detention of the suspects in the murder of Pavel Sheremet allows taking the investigation in this case to a new level 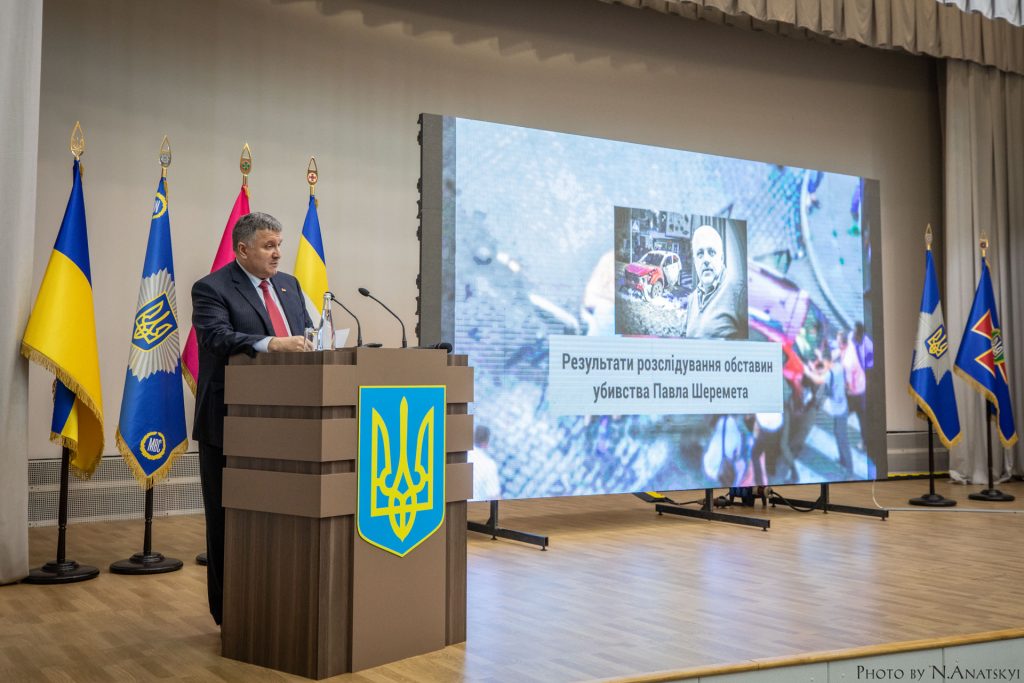 Arsen Avakov: The detention of the suspects in the murder of Pavel Sheremet allows taking the investigation in this case to a new level

Today, the NPU Main Investigation Department detained suspects in the murder of Pavel Sheremet. With the sanction of the Prosecutor General, a suspicion was declared to the detainees in the murder of a well-known journalist. Soon, the court will choose the appropriate preventive measures. 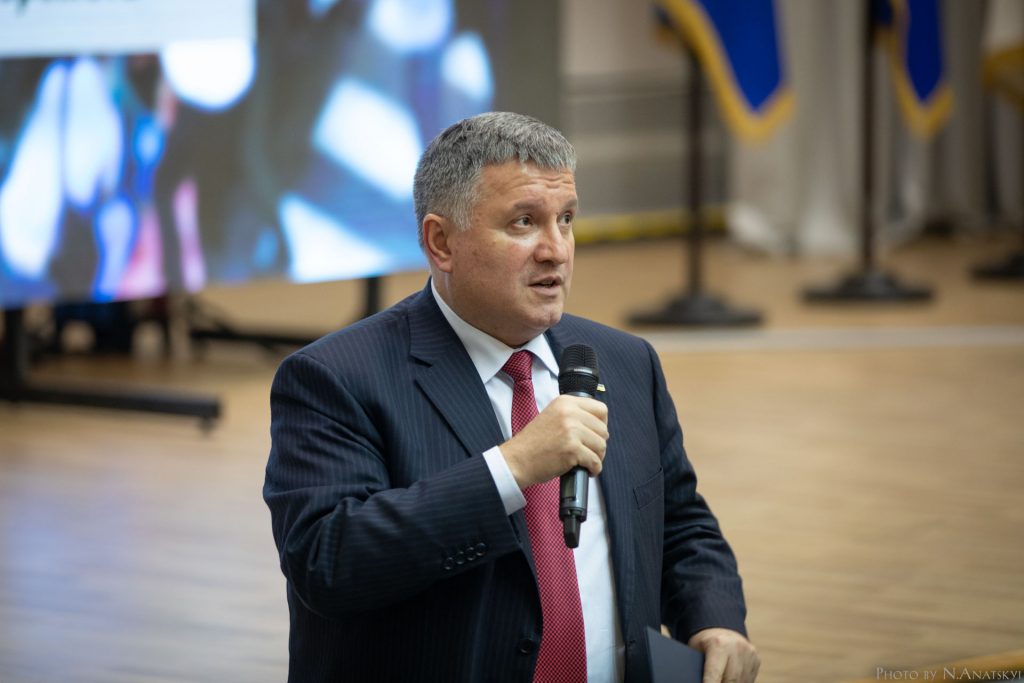 The Minister of Internal Affairs Arsen Avakov announced it today, on December 12, during a briefing at the MIA premises. President Vladimir Zelensky and Attorney General Ruslan Ryaboshapka attended the briefing. 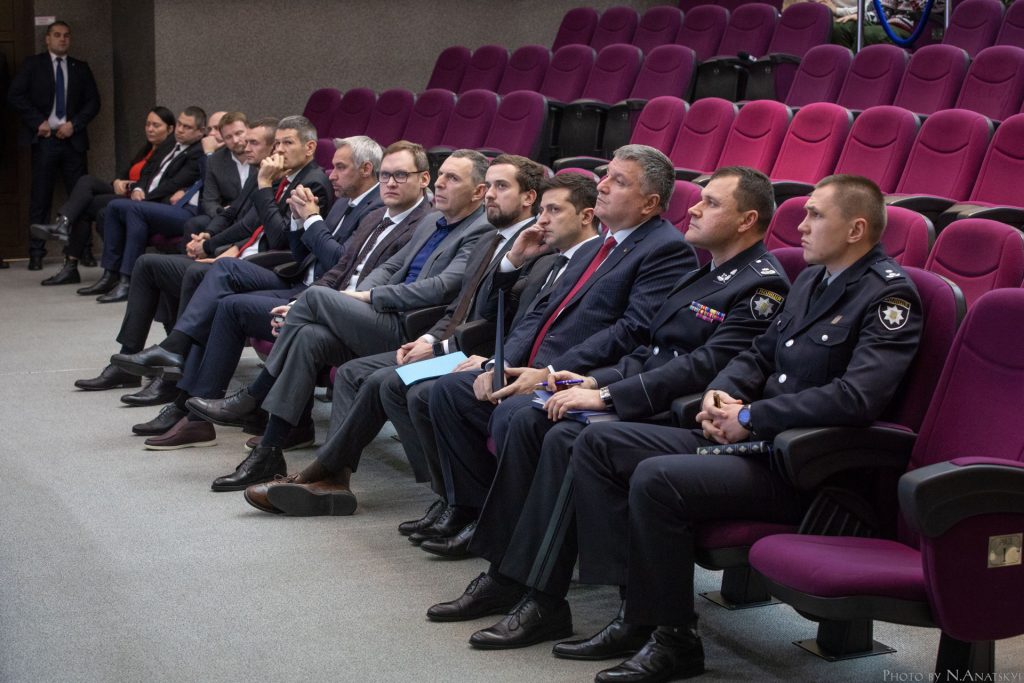 The investigation is still ongoing now, but it is a very socially significant case, so we consider it necessary to hold this urgent briefing, noted the Minister of Internal Affairs.

“I emphasize that we are talking only about the declaration of suspicions to citizens, who, according to the investigation, are the perpetrators in this case. They are public figures, and that is why we believe that the societal significance of the promulgation of information on the investigation into the murder of Pavel Sheremet is more important than observing the anonymity of the defendants” – stated Arsen Avakov. 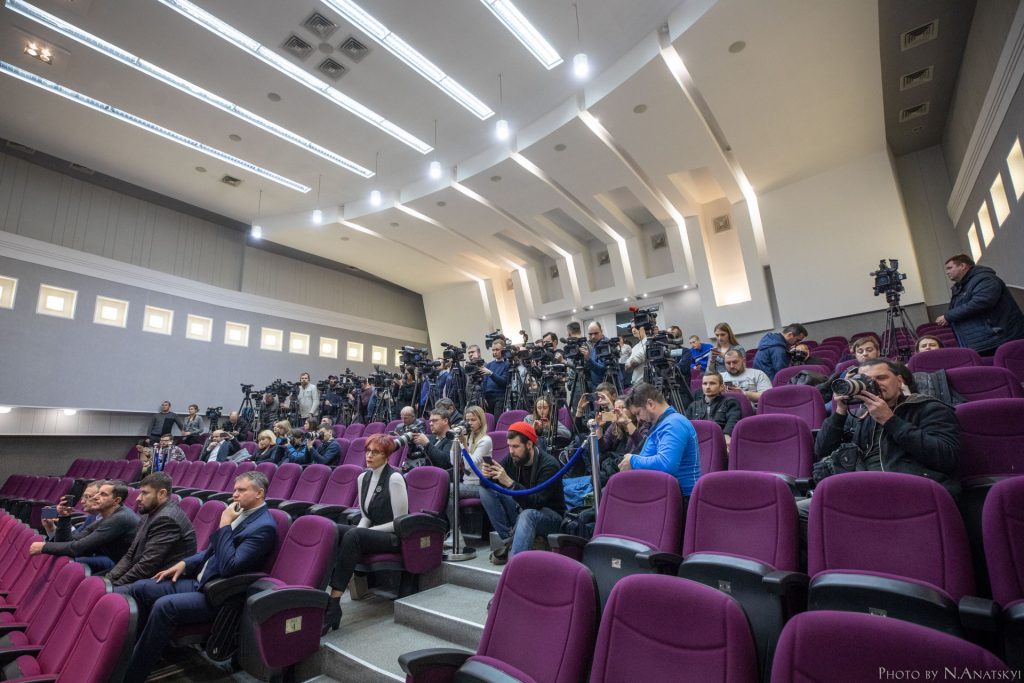 Yevgeny Koval, the first deputy head of the NPU, the chief of the criminal police, informed that to identify suspects the NPU investigation department conducted more than 800 seizures of information and documents, interrogated more than 3,700 people, conducted 47 expert examinations, checked 577 houses and about 4,300 apartments, processed 80 million telephone connections, and examined videos from 221 surveillance cameras. 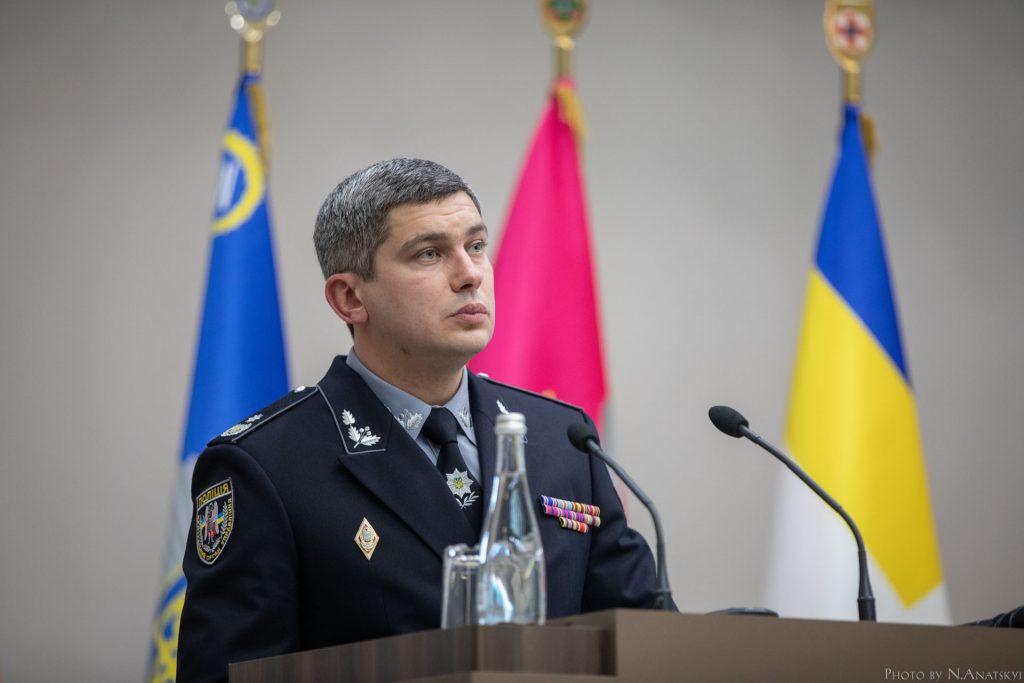 Although active investigative steps against the suspects are still ongoing, it was decided to publish part of the information that the investigation has. As provided by Art. 222 of the Ukrainian CCP, the corresponding permission was obtained from the investigation to disclose publicly precisely this volume of materials and facts.

This information is not only sensational but, unfortunately, shocking. However, Ukrainian society should clearly comprehend the threshold behind which patriotism turns into a betrayal of your country, and then into a crime, stated Arsen Avakov.

“This is the outcome of a very complex and hard work of real professionals and an important step towards the full solving of the case! It is a very complex criminal case, in which the investigation examined thousands of operational materials. Thank you for your service!”, – commended the Minister. 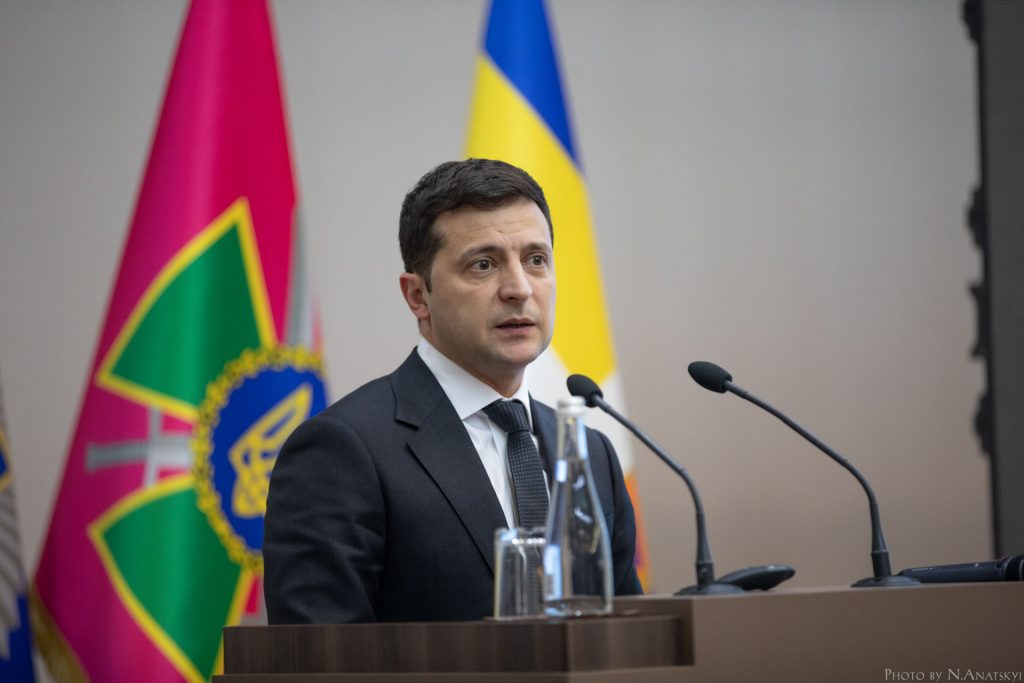 “For our team, this was one of the priority criminal cases. We all received a lot of answers today. But there is one more question – who is the instigator of this crime. I am sure that this question will certainly be answered at our next meeting”, – stated the President.

During the briefing,  an interactive presentation was shown illustrating the stages of the investigation into the murder of the journalist. This presentation included recordings of telephone conversations of suspects, so the organizers of the briefing apologized in advance for obscene language in these conversations. 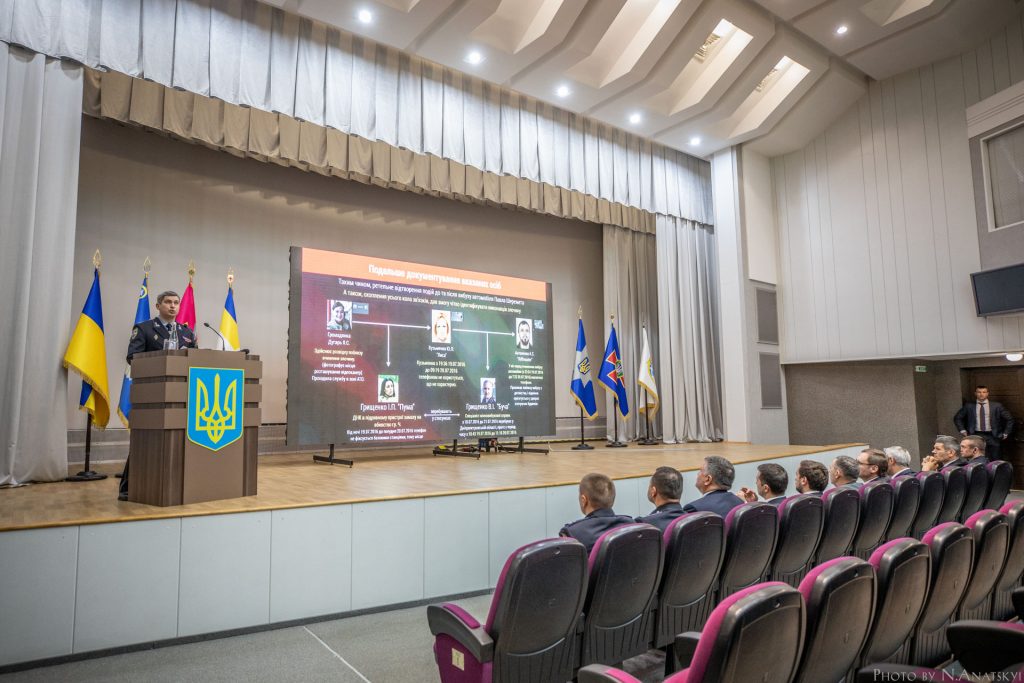 The presentation describes the circumstances of the murder, the versions under consideration, as well as similar crimes, the study of which led investigators to possible perpetrators. You can see it at: 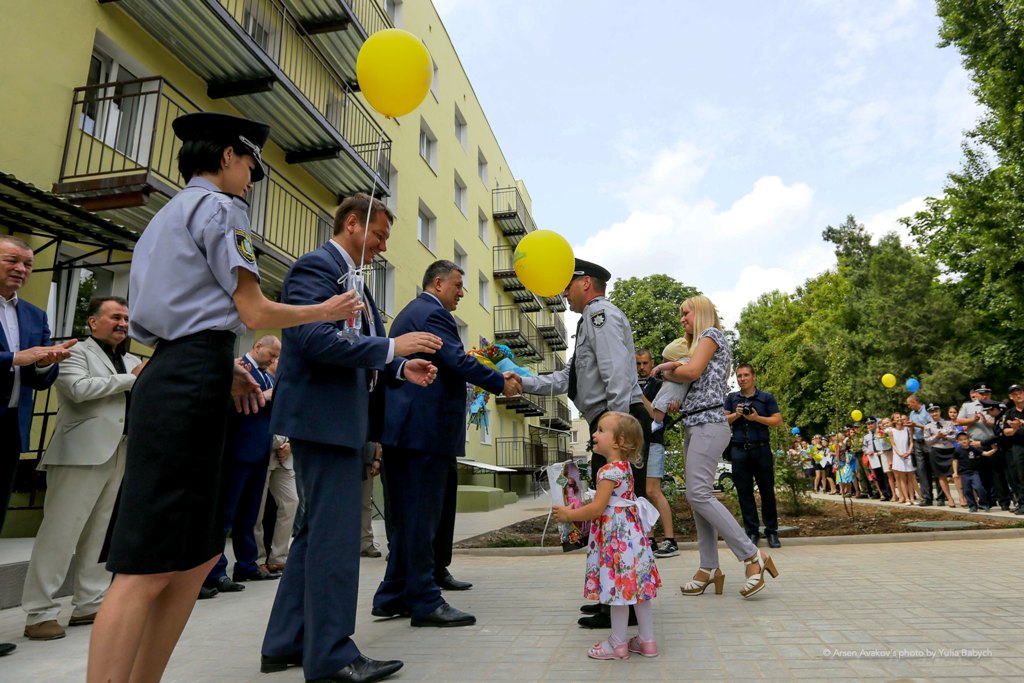