Арсен Аваков. Официальный сайт / News / Arsen Avakov: Thanks for the years of working together to every officer, soldier, and employee! I am proud of our team! 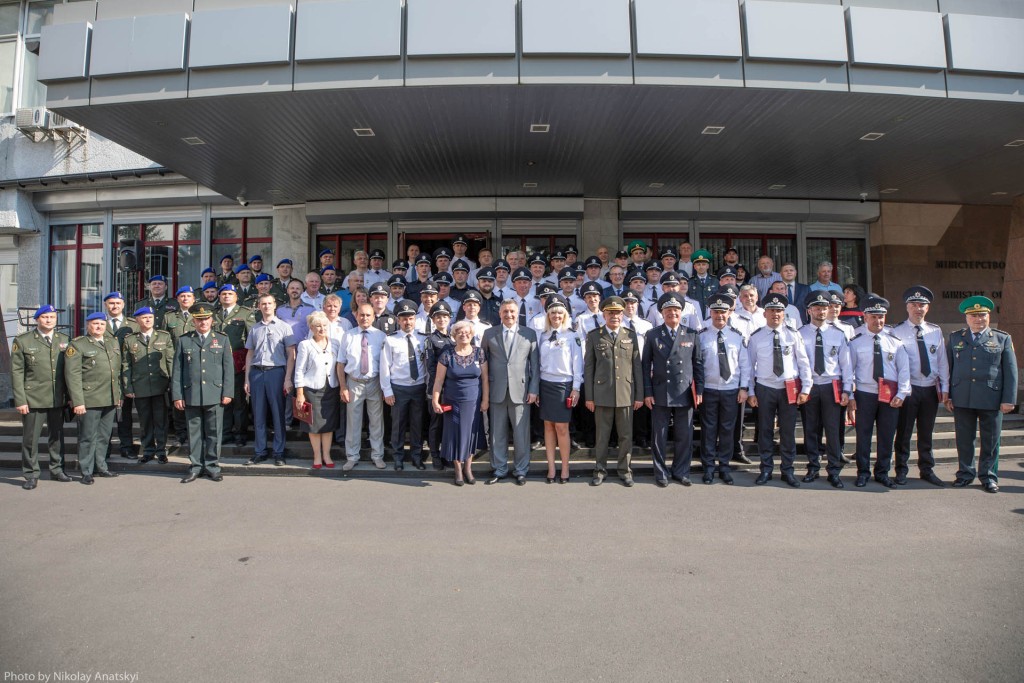 Arsen Avakov: Thanks for the years of working together to every officer, soldier, and employee! I am proud of our team!

“Dear friends, officers, sergeants, employees, on behalf of the state of Ukraine, I have the honor to present state awards to you – the best of the best.  Thank you for performing your daily duties in such a way that every citizen of Ukraine can feel safe and protected, and the law is observed in our country.  I hope all of you have something to be proud of because today, the best gathered here.  And we have about 350 thousand officers and employees in the MIA system.  I am proud of our team, proud of our professionalism!  I wish all of you success in the future”, – stated Arsen Avakov. 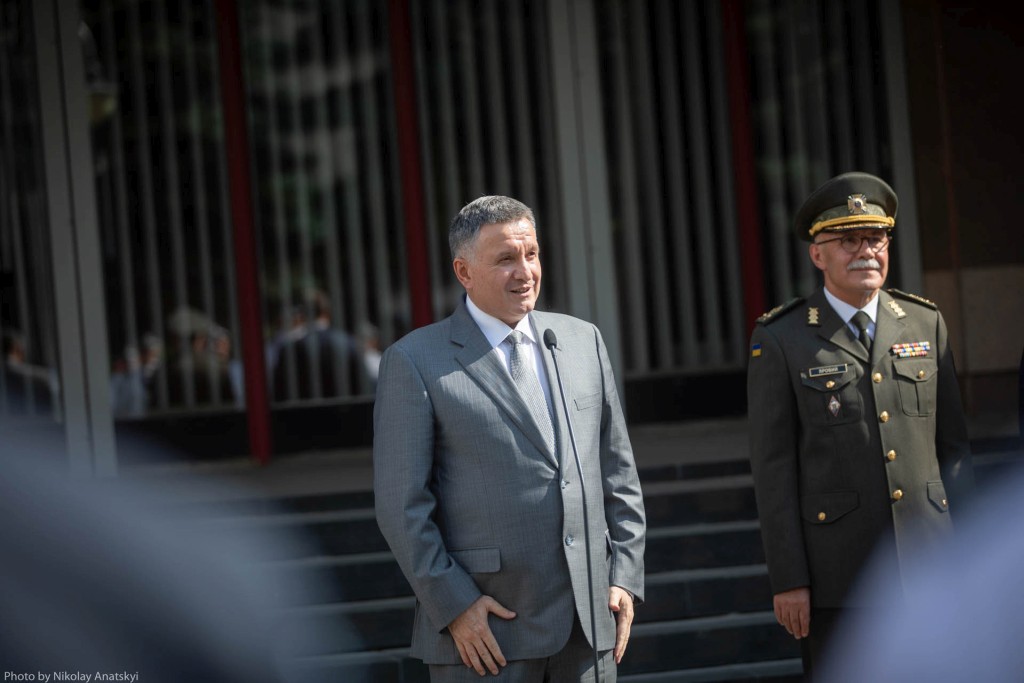 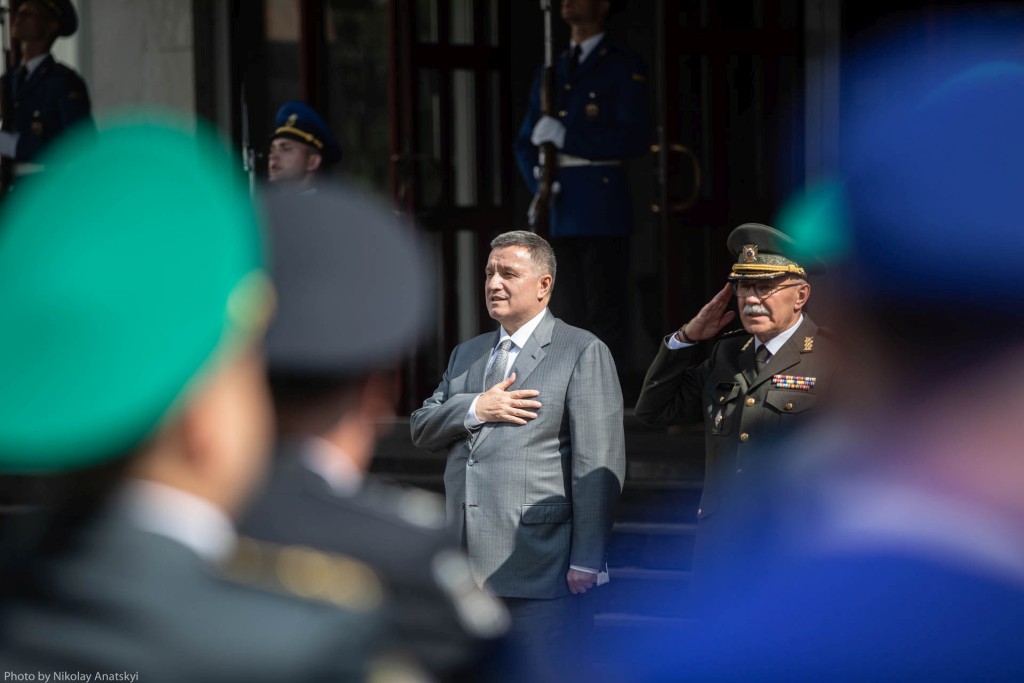 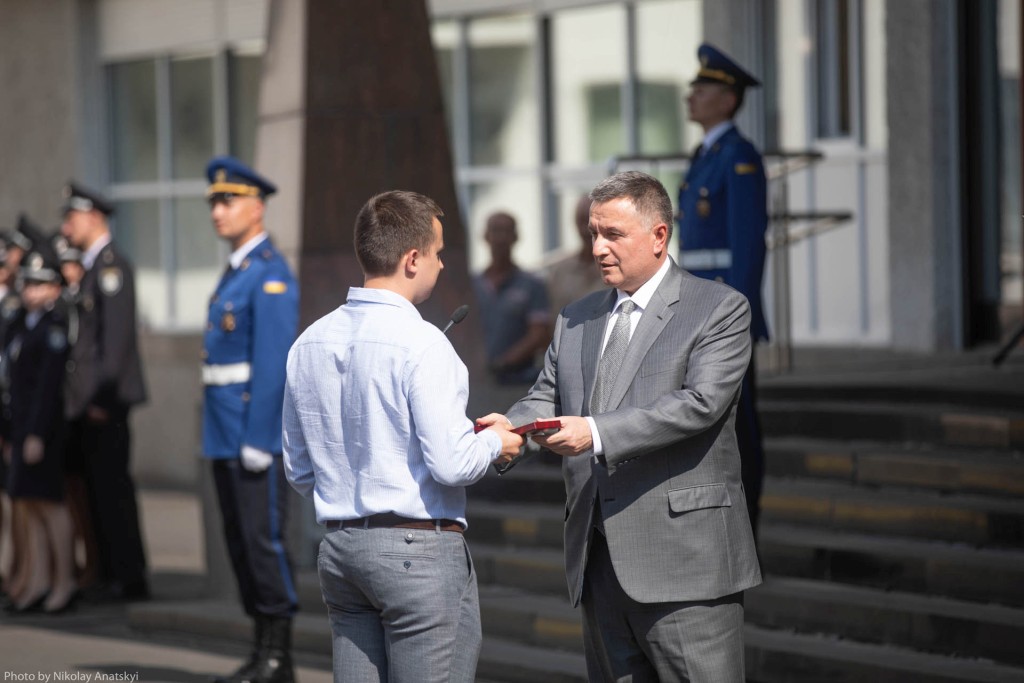 He awarded the NGU soldier Alexander Pavlyuk posthumously with the Order of Bogdan Khmelnitsky of the III degree.  Pavlyuk’s son,  Nikolai, received the award.

“Alexander was a worthy man and officer.  Glory to the fallen Heroes”, – said Arsen Avakov. With a moment of silence, those present honored the memory of the fallen law enforcement staff, who gave their lives for the integrity and sovereignty of Ukraine.

First Deputy of the Minister of Internal Affairs, Sergei Yarovoy, stressed that MIA is a powerful system, which employs true professionals.

“I am grateful to each of you.  To those who were with us in the most difficult times for our country and provided for law and order.  This proves that the MIA is a powerful system.  Thank you to everyone present and to those who are on duty now. I am sincerely grateful to the captain of our team of many thousands, Arsen Avakov.  We have seen everything that has been created and put into practice; we feel your constant care and concern to make our system really professional”, – said Sergey Yarovoy. 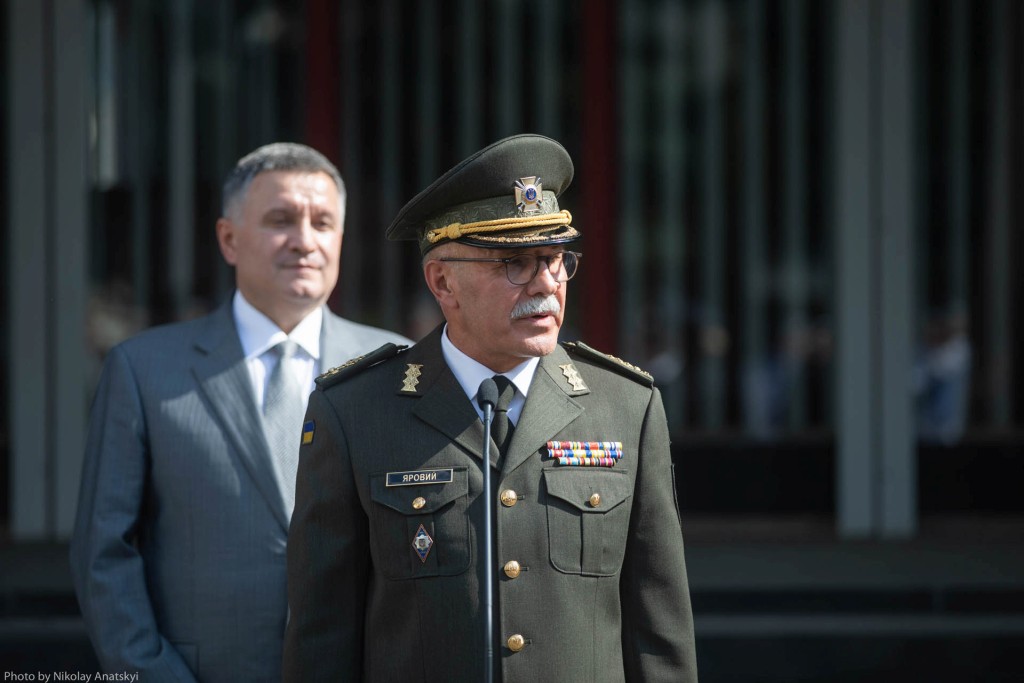 The Head of the National Police of Ukraine, Igor Klimenko, congratulated law enforcement officers with awards and thanked the leadership of the state and the Minister of Internal Affairs Arsen Avakov for the appreciation of the joint work of all MIA units.

“I wish you strength, vigor, motivation, and inspiration to work for the good of our state.  Congratulations to all.  Glory to Ukraine!” – Igor Klimenko said. 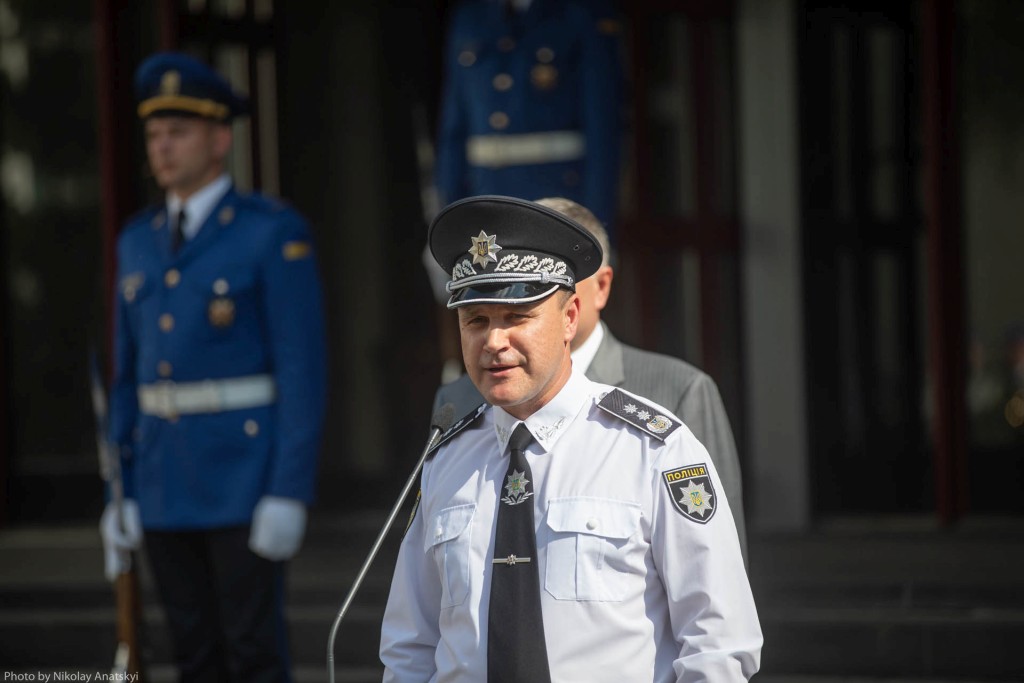 The head of the State Emergency Service of Ukraine, Mykola Chechetkin, noted that each employee of the MIA system is worthy of an award because each of them protects the integrity of our state and comes to help the people.

“For the eighth year in a row continues the war unleashed against Ukraine by the Russian Federation.  Unfortunately, our people are paying a very high price – tens of thousands of dead and wounded, orphaned children, almost two million temporarily displaced people, thousands of hectares contaminated by explosive ordnance territory.  But thanks to people like you, who daily contribute to the development of our state, protection of its sovereignty, we will succeed, and we will definitely win”, – stressed Nikolai Chechetkin. 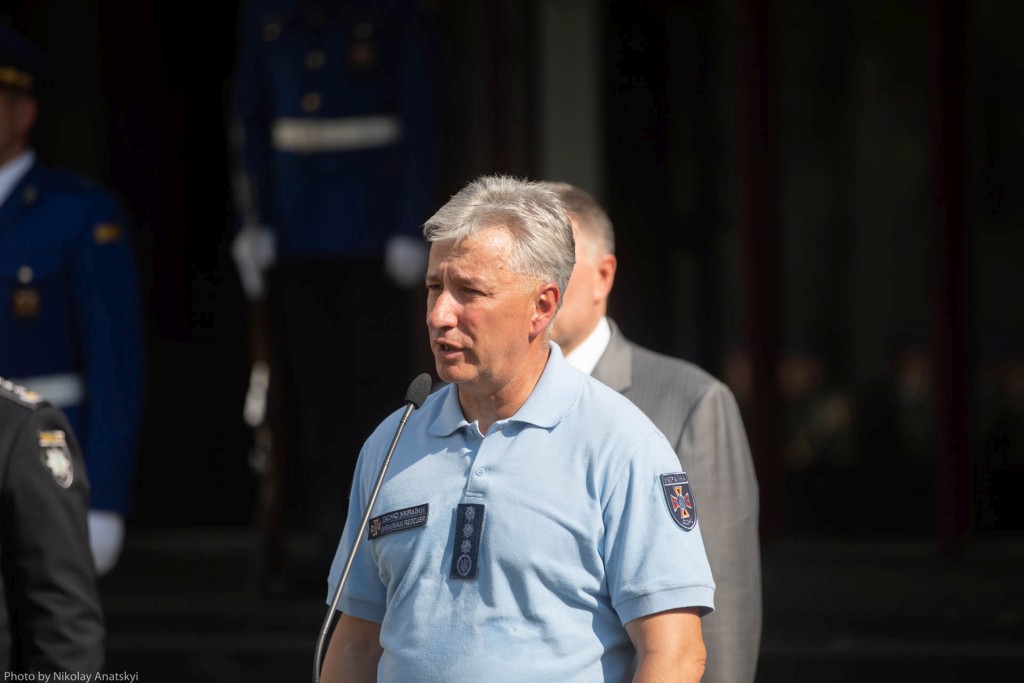 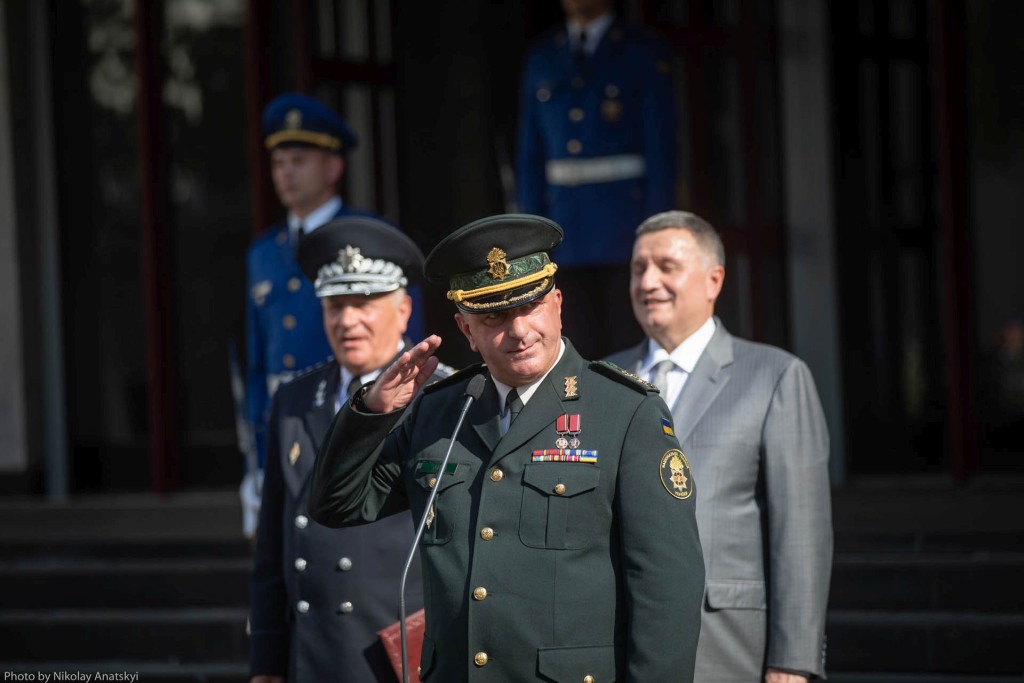 Commander of the National Guard of Ukraine Mykola Balan congratulated everyone on the high awards and wished peace, wellbeing, and further achievements:

“Any state award means the gratitude of the state, its leaders to their soldier and employee.  But it also means a certain duty of those awarded to fulfill their service duties and combat tasks.  I wish all of you always to return home alive and unharmed.” 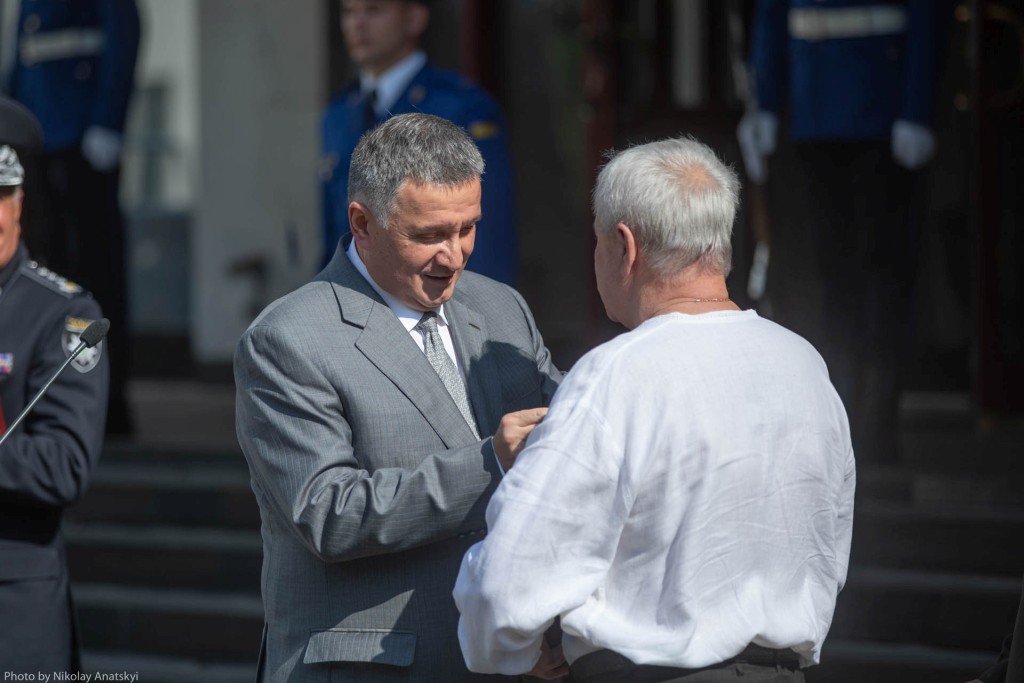 The medal “Distinction of the National Security and Defense Council of Ukraine” of the II degree was awarded to Volodymyr Filenko, adviser to the Minister of Internal Affairs.  By the way, he was one of the authors of the Constitution of Ukraine. 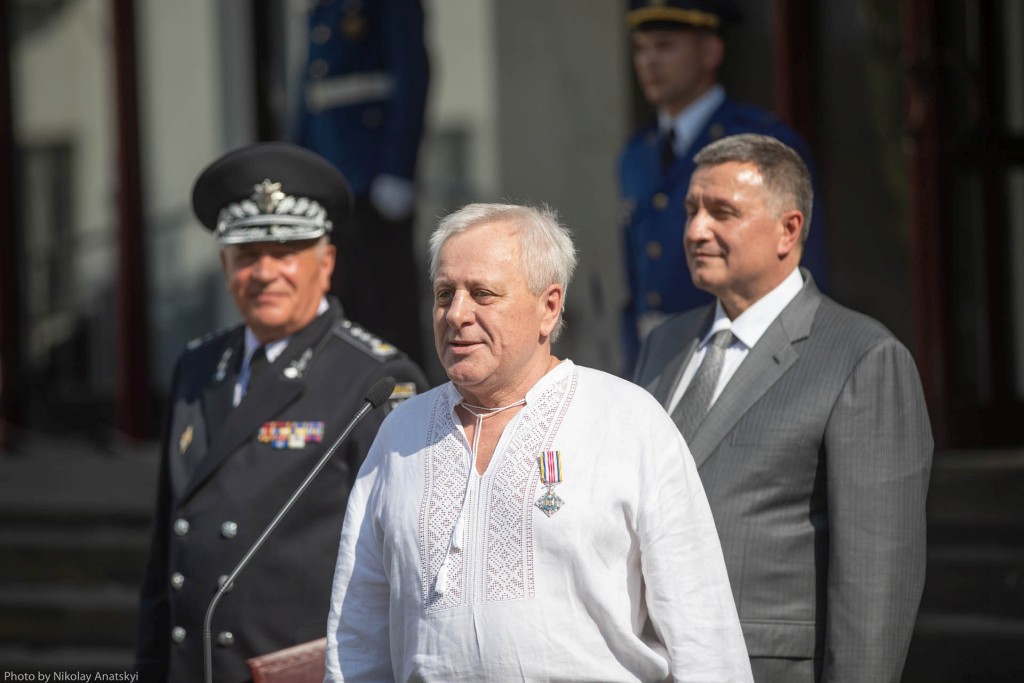 “More than seven years ago, Arsen Avakov was appointed the head of MIA which was falling apart and disorganized.  During these years, we have reformed the National Police; we have now a qualitatively new State Border Service and the National Guard,  the State Emergency Service with the most powerful equipment, new weapons, helicopters, and most importantly – a new generation of employees, who are a reliable pillar of the MIA and the state as a whole.  Thank you”, – summed up Volodymyr Filenko. 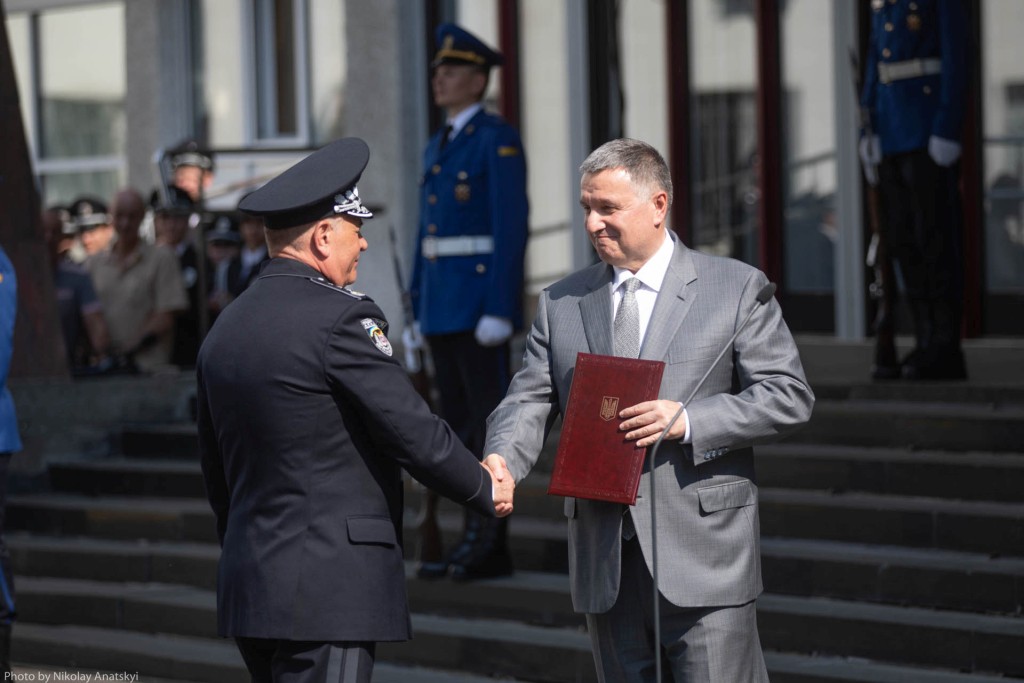