Арсен Аваков. Официальный сайт / News / Arsen Avakov presented at the US Institute of Peace a Strategy of the restoration of the integrity of Ukraine and de-occupation of the Donbas 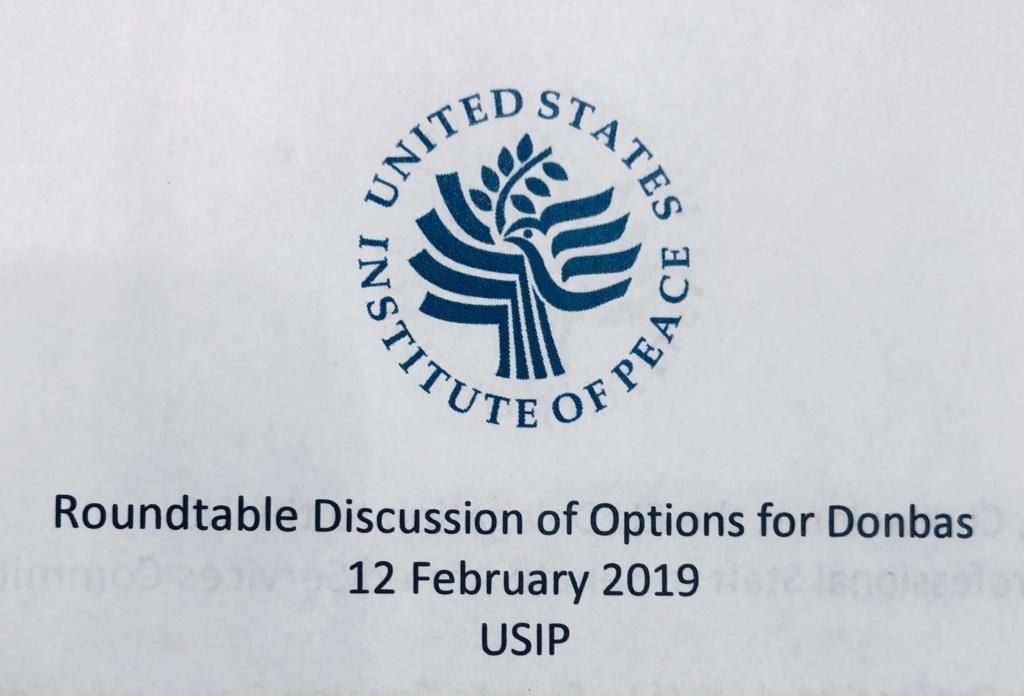 During the last five years, Russia has been waging a hybrid war against Ukraine.  No existing means of terminating the active phase of aggression and the return of the territory of Ukraine are working. Therefore, the Ministry of Internal Affairs proposes new mechanisms that will help return the occupied territories of Donbas.

Arsen Avakov stated this today, February 12, during a Round Table at the Institute of Peace (Washington, USA).

“Our strategic mission is to restore the sovereignty and territorial integrity of Ukraine.  We offer a new format that needs the support of the world community.  We named our strategy of de-occupation and reintegration of Donbas the “Small Steps Mechanism” because the desired result can be achieved only step by step”, – said Arsen Avakov.

The discussion was attended by diplomats, political and public figures and international experts.

The keynote speakers at the Round Table were Kurt Volker, the US Special Representative for Ukraine, and Arsen Avakov, the Minister of Internal Affairs of Ukraine.

Kurt Volker stressed the complexity of the situation and the need for urgent measures to resolve the situation on the part of the international community.

“This is a big humanitarian problem for the people who live there.  They are experiencing all the difficulties and dangers that can only be imagined: mine explosions, medical issues, the destruction of houses, the mobile phones do not work all the time.  There are many problems –  energy, heating, etc. The situation is generally very difficult for them, especially for those who live along the cease-fire line.  There is no work, mines flooded with water, factories are closed, the environment is deteriorating.  Former nuclear test site.  You can imagine what it means.  A lot of serious questions.”

“We need to think over the settlement mechanisms and create the appropriate political conditions”, –  the speaker emphasized.

Arsen Avakov in his speech stressed that the Russian Federation intends to revive the Evil Empire.

“The regime of Emperor Putin forcibly engages other countries in military aggression.  Russia, Ukraine, then Belarus.  Russia has already used this scenario more than once; it happened in Moldova and in South Ossetia and Abkhazia, the regions of Georgia.  From August 2008 it started the open invasion.  And I want to state that the international community did not respond adequately to these actions.  The Kremlin continued to hone its scenario and implement its plans in Ukraine.  Russia continues to use Ukraine as a testing ground for working out new methods of aggression and the so-called “hybrid war”.

“Taking advantage of the weakness of the Ukrainian state institutions and its discredited law enforcement bodies and the collapse of the armed forces, Russia annexed the Crimea peninsula and created a foothold for domination in the Black Sea region.  We cannot exclude that Russia has already deployed its weaponry on the peninsula or set all conditions for such deployment.  The Russian Federation has also chosen the path of large-scale conflict and began to seize the regions of Donbas, pretending that it was a purely internal Ukrainian conflict and denying its participation in previous events.  I want to show some data from which you can see the size and power of the Second Southern Army of the Russian Federation stationed on the territory of Ukraine:  35,000 troops, 488 tanks, about a thousand artillery volley fire systems. There are more tanks in occupied Donbas than the total number of tanks in service in the UK Army; it is clear that they were not purchased at a military store.  A propagandist Information campaign has been going on for more than five years, and every day we are faced with the spread of fake news.  They aim at destabilizing the situation in Ukraine, as well as disorientation of the international public opinion. There are also cases of incitement of religious conflicts and discrediting of state institutions and reforms in Ukraine.  It is necessary also to mention the attempts of the Russian Federation to influence elections in Ukraine, the United States and some European countries”, – noted the speaker.

The head of the Ministry of Internal Affairs of Ukraine also presented to the international expert community the Strategy of the restoration of the territorial integrity of Ukraine: the “Small steps” Mechanism.

He noted that the introduction of a new strategy has to be preceded by a preparatory stage – the formation of the necessary legal framework, the implementation of a communication strategy, the determination of the status of the Special International Peacekeeping Mission, the creation of monitoring, advisory, and resource assistance programs.

“We have no conflict on religious grounds, no conflict on ethnic grounds.  The conflict in Ukraine is imposed from the outside.  Therefore, the peacekeeping mission should have an understanding of the situation and work together with the Ukrainian law enforcement officers and representatives of local communities”, – said Arsen Avakov.

The Minister explained that the Strategy envisages the creation of a demilitarized security zone in a separate selected area of ​​the occupied territories.  All opposing military formations at this area are withdrawn behind the agreed line.  The State Border Guard Service of Ukraine with the support of a special international peacekeeping mission takes control of the specified area of the territory and its borders.  Law and order are provided by the National Police, the National Guard of Ukraine, and the international peacekeeping mission.

“Local elections are held in this territory.  The main principle is to observe the Ukrainian legislation and to ensure the free vote.  Then the work of all state institutions, law enforcement agencies of Ukraine is being restored, security and law and order, social security, education, financial sphere, as well as a decent standard of living are being restored”, – he said.

Arsen Avakov stressed that upon the return of control over the area of occupied territories it is necessary to address the environmental problems of the region immediately.

“When people see that the Ukrainian government has come with a Ukrainian flag, created transitional compromise conditions, ensured an adequate quality of life and safety for people, all the other territories will be returning to Ukraine step by step”, – stated the head of MIA.

The Minister noted that the process of de-occupation in the first two territories could last from six to eight months.

“After we successfully complete the first five steps, we can talk about others.  It depends on the size of our resources – on the number of peacekeepers and the funds for the restoration of our territories.  As to the difference between my plan, the OSCE plan and other possible plans –  not any plan will be adopted by Ukrainian society.  There can be no illusions – any newly elected Ukrainian president will not be pro-Russian or prone to compromise because the Ukrainian people will not give him such an opportunity.  It is possible to adopt laws on collaborators and amnesty, and to accept a transitional period; there can be some problems with holding local elections.  But we will not allow federalization and autonomy.  And there are quite a few such “red lines””, – noted Arsen Avakov.

In turn, the US Special Representative for Ukraine Kurt Volker noted that the goal of the civilized world is to restore the sovereignty and territorial integrity of Ukraine.

“During the years of Russian aggression in Ukraine, more people were killed than during the Balkan War, and more persons were internally displaced than since the Second World War.  We must all ensure security in Europe and must not allow any country to change the borders of other states.  Russia denies participation in the conflict, but according to our information the Russian officers occupy leading posts, and Russian contract servicemen take part in the hostilities.  The Kremlin constantly carries out reconnaissance missions on the territory of Ukraine, but claims that only Ukraine and the separatists are parties to the conflict.  We need a peacekeeping operation.  However, we clearly understand that the Russians will not surrender, and will not allow Ukraine to return their temporarily occupied territories.  The main goal of the Russian Federation is to control Ukraine and prevent its integration into Europe”, – said Kurt Volker.

Arsen Avakov stressed that Ukraine is ready to participate in dialogue and work on the liberation of its territories, but there are points that cannot be the subject of a compromise.

“We have only six points where we are not ready to compromise.  Change of the State structure of Ukraine – the idea of transforming Ukraine in a federative state is out of the question. The state border of Ukraine should be controlled only and exclusively by the SBGS.  Residents of the occupied territories of Donbas are citizens of Ukraine. The theory that “we will return you the Donbas in exchange for Crimea” is completely out of the question.  Amnesty cannot cover the persons who committed grave crimes. And, of course, Ukraine’s course to join the EU and NATO cannot be a matter of discussion”. 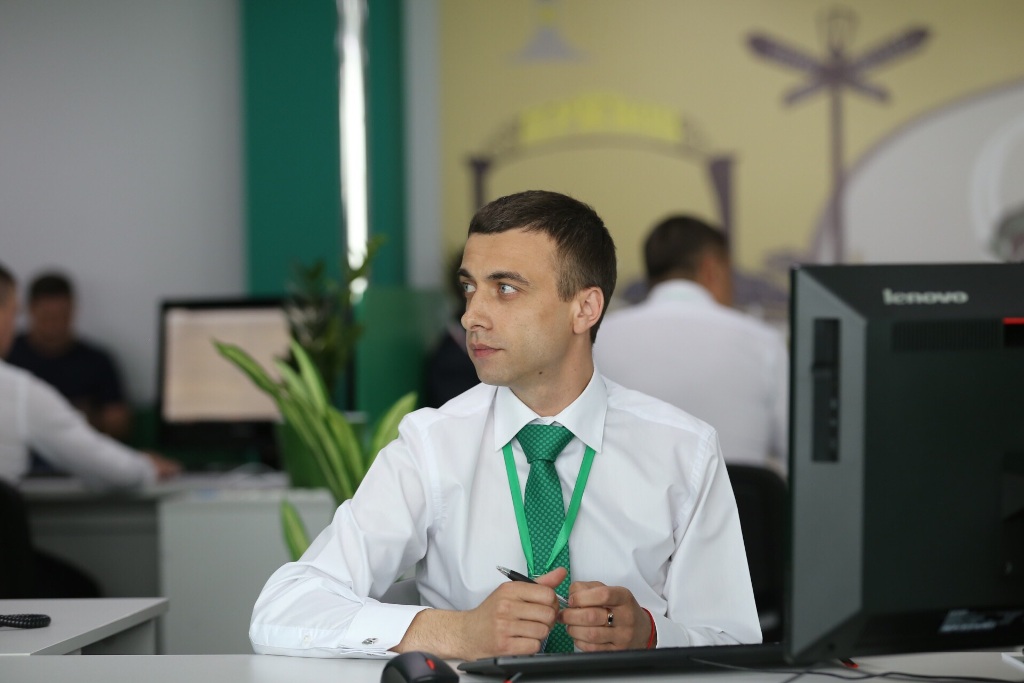