Arsen Avakov. Official website / News / Arsen Avakov: pensions will be recalculated for all retired employees of the Ministry of Internal Affairs system

Arsen Avakov: pensions will be recalculated for all retired employees of the Ministry of Internal Affairs system

From January 1, 2018, all categories of the MIA retirees will receive monthly pension payments taking into account the indexation of pay services. Also, during the next three years in a phased manner additional after-payments will be made to cover the year 2016 when there was no recalculation of pensions.

On February 21, 2018, the Cabinet of Ministers of Ukraine decided to raise pensions for servicemen.  The Prime Minister Vladimir Groisman declared that on January 1, 2018, retirement payments would grow by an average of UAH 1.5 thousand per person.

The government decree established the procedure for recalculating pensions for all employees of the internal affairs bodies of Ukraine and SES (State Emergency Service) and servicemen of the National Guard of Ukraine and the State Border Service.

Recalculation will be made from January 1, 2018, taking into account the official salary, special rank, and seniority bonus as of March 1, 2018.

Payment of pensions and additional after-payments will be carried out as follows:

– On January 1, 2020, pensioners will begin to receive the full amount of pension.

The pension of the former militiamen is tied to the size of salaries of the MIA employees, which have increased significantly after the creation of the National Police of Ukraine. The retired militiamen had to receive a new pension from January 1, 2016, but until now they have been paid in the old way.  That’s why additional after-payments will be made for the year 2016, that is, for the period when no recalculation of pensions was done.

“In the future, any indexation of the wages of the acting officers of the NGU and NPU, SES and SBS will be tied to pensions.  From January 1, 2018, to December 31, 2019, ALL CATEGORIES of pensioners of the Ministry of Internal Affairs will receive monthly pension payments in the new recalculated amount plus an additional after-payment for the period when there was no indexation (starting from January 1, 2016).  A new transparent differentiated approach to the calculation of pensions will ensure in the future a decent level of pensions for acting military personnel and law enforcement officers”, – stated Arsen Avakov.

Changes in the size of pensions will affect all categories of employees of the Ministry of Internal Affairs system, including servicemen of the NGU, the State border service, the State Emergency Service, pensioners of the militia (persons who retired before November 7, 2015, when the old post-soviet militia was eliminated) and pensioners of the police (persons who retired in accordance with the rules provided by the Law of Ukraine “On the National Police”).

“Recently, issue of pension for people in uniform have become a favorite topic for political speculation and games.  I think that it is time now to close this topic.  After a lengthy discussion that lasted almost a year, the Prime Minister made a decision about pensions for servicemen and employees of the Ministry of Internal Affairs.  We are talking about two fundamental things that we were able to enshrine in regulation.  First – increased pension will be paid from January 1, 2018, to all categories of pensioners of the Ministry of Internal Affairs system.  Secondly, pensions to all former militiamen, pensioners, and veterans of internal affairs bodies will be recalculated from January 1, 2016,” – informed the Minister of the Internal Affairs. 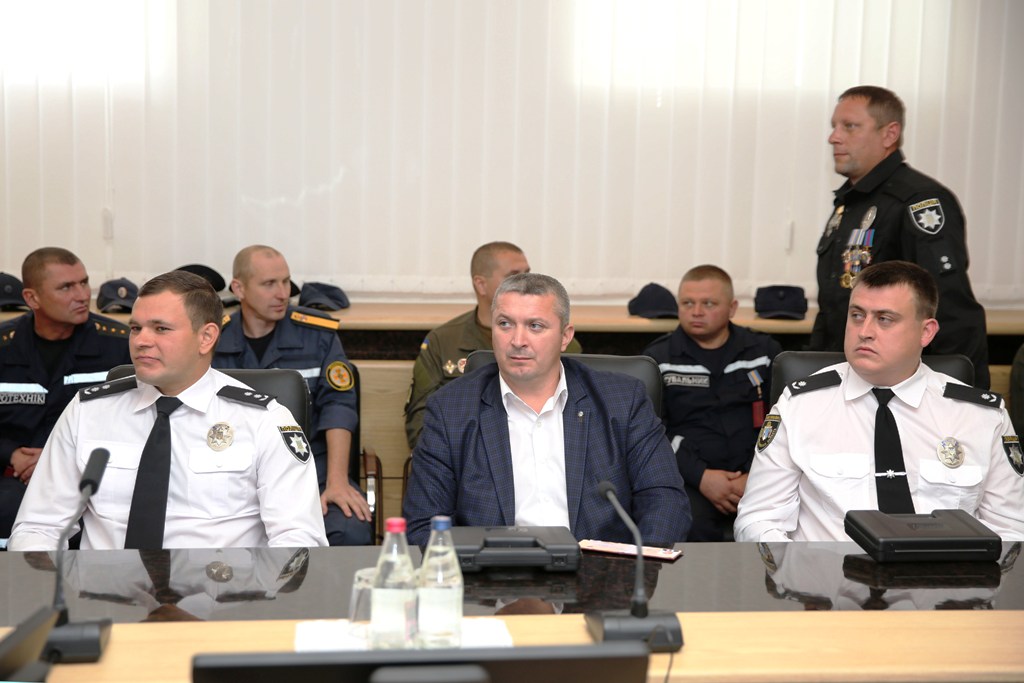