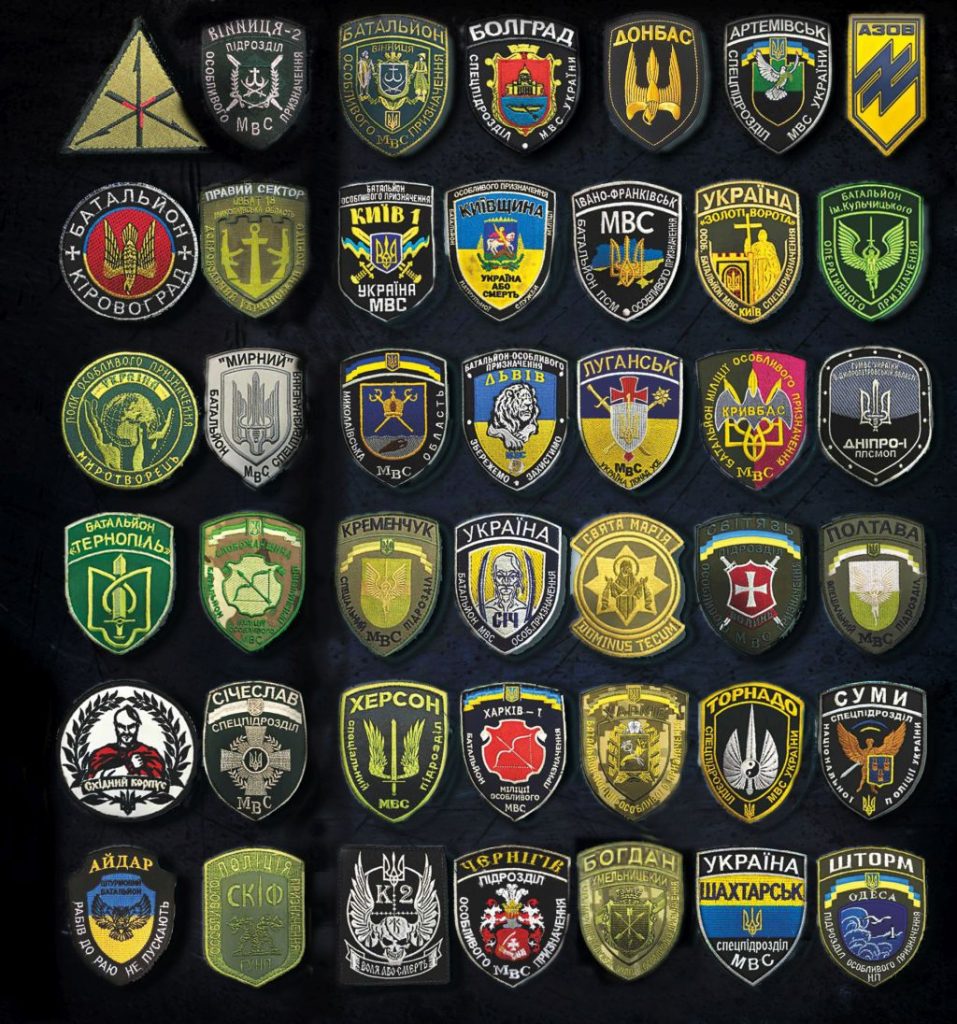 Arsen Avakov: Dobrobaty – It’s Good united with a Will! Every soldier of Dobrobaty deserves Ukraine’s gratitude for his/her heroic deeds!

Today, on March 14, 2018, on the Day of the Ukrainian Volunteer[i], the Minister of Internal Affairs awarded state decorations and badges of merit to the defenders of Ukraine, who returned from the front line to serve in the police and the National Guard.

“Good united with a will, it is about you! Courage, honor, glory is all about you, volunteers.  During the war, 232 volunteers were killed, and 799 were injured.  Among them were many of our friends.  The feat of our guys will always live with us! ” – stated Arsen Avakov. 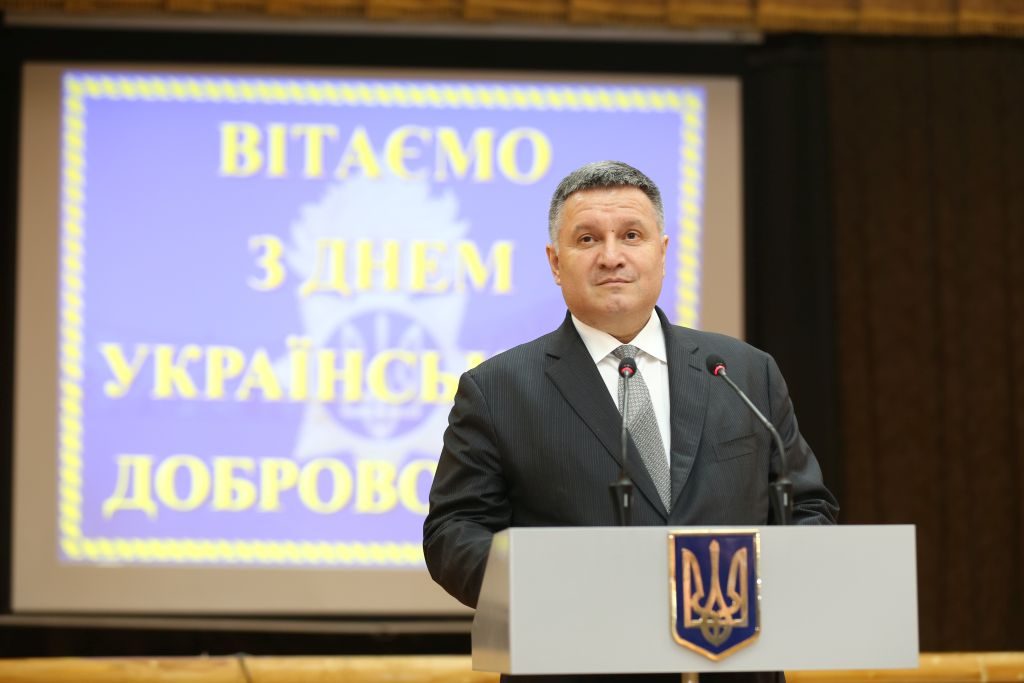 The minister presented 52 soldiers with the state and departmental awards for personal courage, dedication, and gallantry shown in the protection of state sovereignty and territorial integrity of Ukraine. 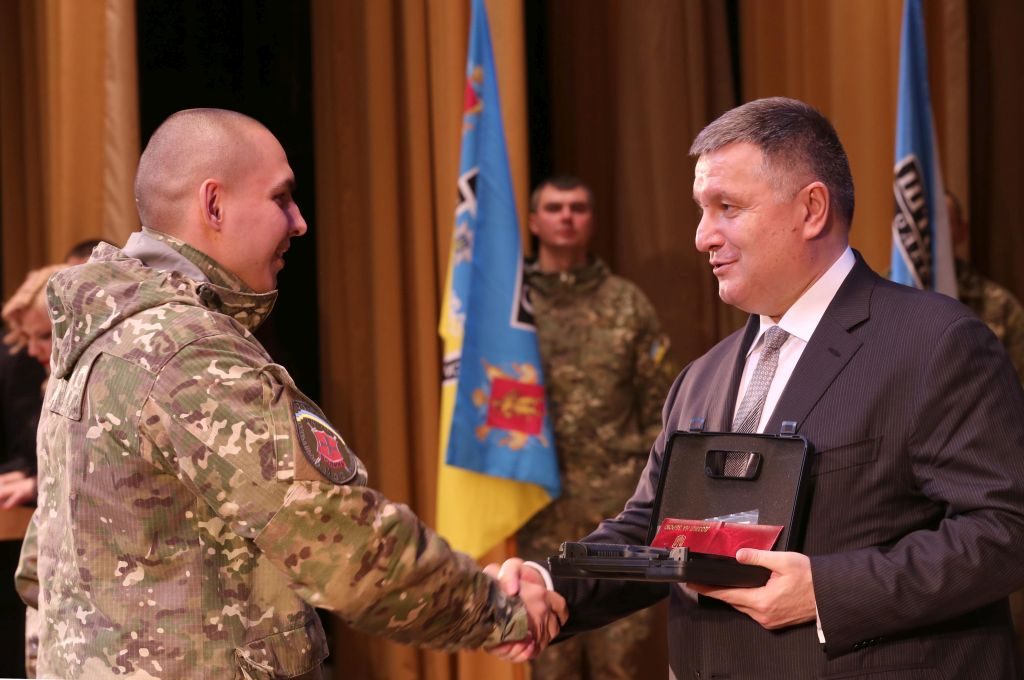 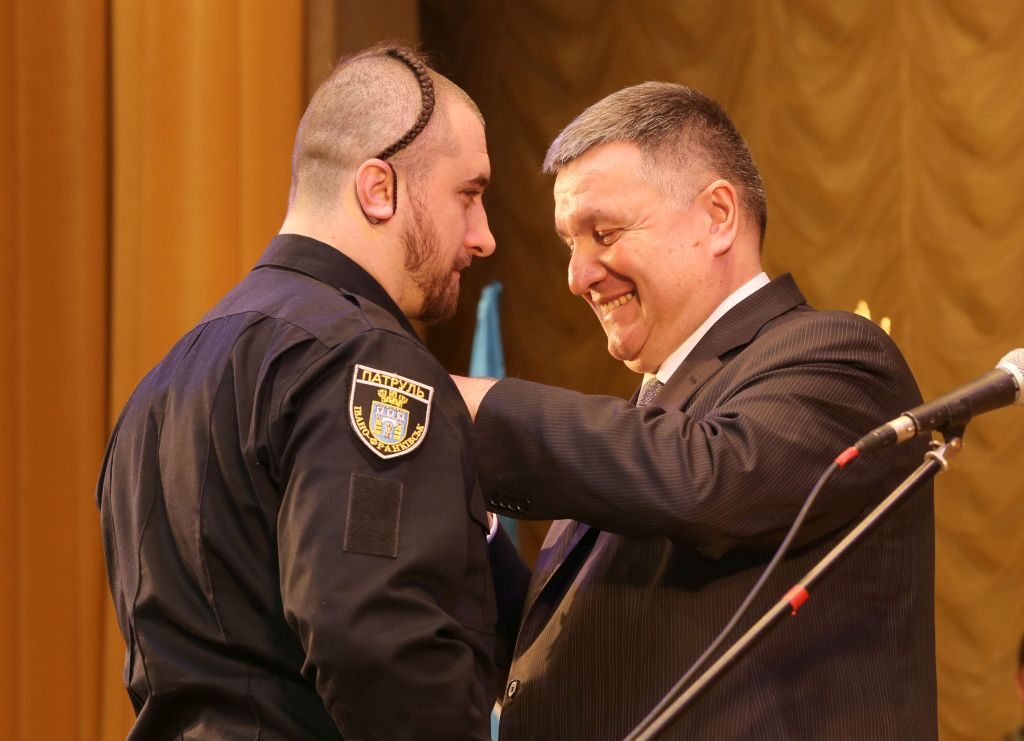 Together with the fighters, he observed a minute of silence in tribute to the memory of the perished heroes.  Arsen Avakov then talked to the families of the deceased defenders of the fatherland and handed to the families valuable gifts and books, as well as souvenir jars with honey, specially brought from the Lviv region. 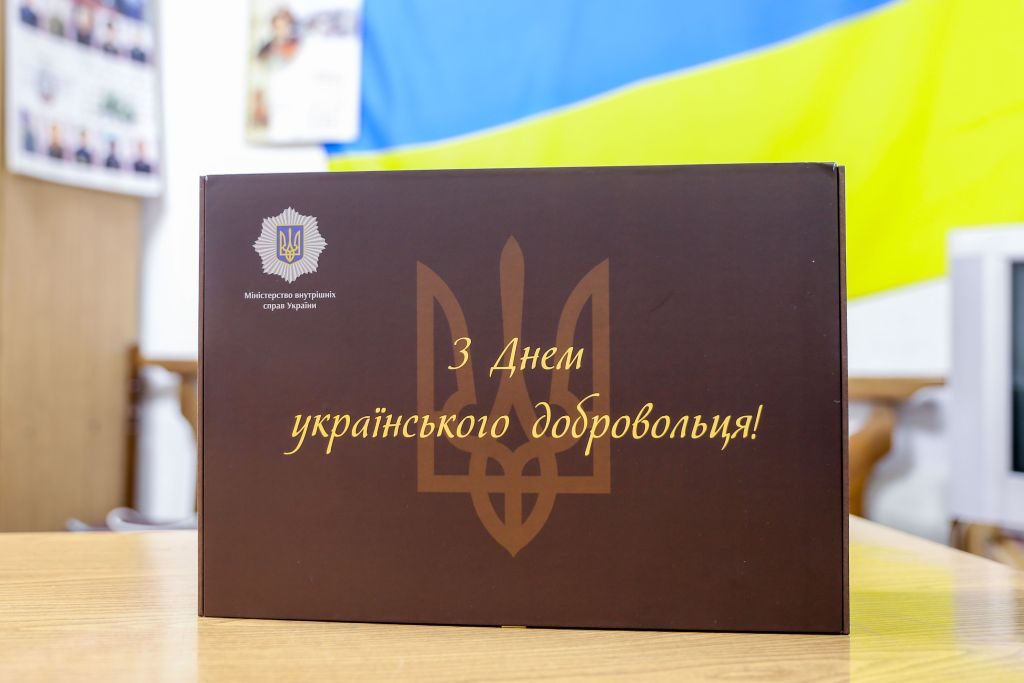 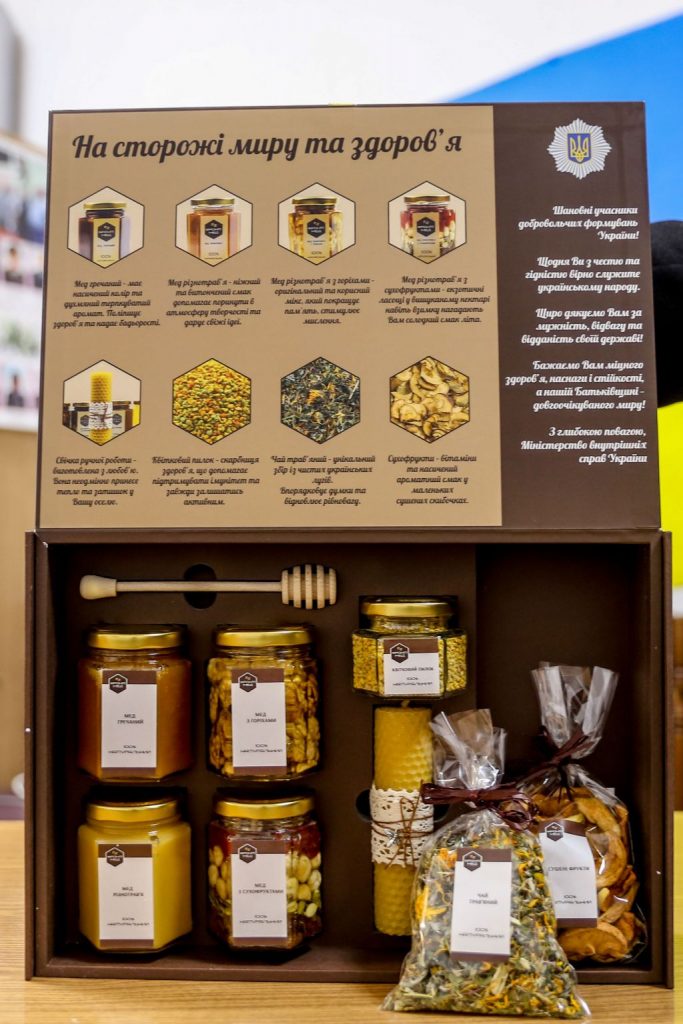 On the same day, the Minister of Internal Affairs Arsen Avakov together with the leader of the Maidan Self-Defense Team, and now the Speaker of the Verkhovna Rada of Ukraine Andriy Parubiy, congratulated the personnel of the NGU military unit N 3066 (the Kulchitsky battalion) and presented them with state awards. 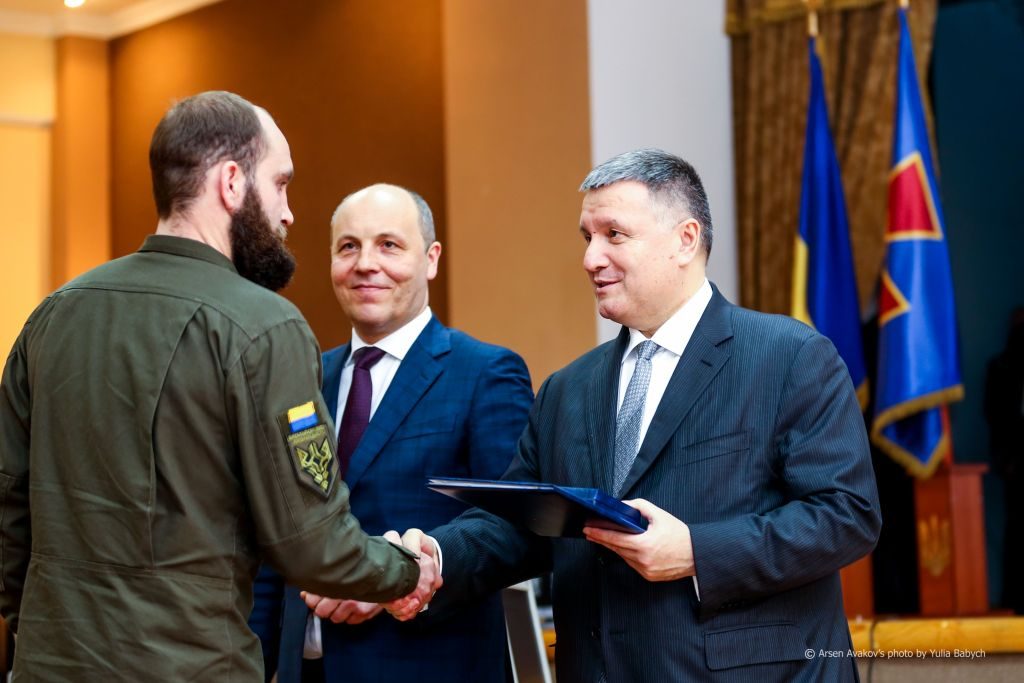 “I look back to this day when Putin launched aggression against Ukraine.  It seemed to him that he took into account everything – both the collapsed army and the destroyed economy of Ukraine.  But he did not take into account only one thing – that tens of thousands of Ukrainian volunteers will rise to protect the Ukrainian state”, – stressed Andrei Parubiy.

Reminder: on March 14, 2014, at 10 a.m. 500 fighters from the “Maidan Self-Defense Team” straight from the Maidan went to the Novi Petrivtsi village in Kiev region for two-week training, and then marched to the front line.

“The date of March 14 is a memorable date in our joint fate:  on this day we took a step from Maidan to the front, made a decision that changed the destiny of each of us and the fate of Ukraine!  On this day, by the decision of the Maidan Self-Defense Team, five hundred volunteers arrived at the training base in Novi Petrivtsi. From among these volunteers was created the legendary First Reserve Battalion of the National Guard of Ukraine, headed by the Hero of Ukraine, General Sergey Kulchitsky” – recalled Arsen Avakov.

6,566 fighters, women and men, former military and civilians, adults and very young people formed the 34 volunteer battalions and took up arms to protect the Motherland from the aggressor.  They were the first to rebuff the terrorists. 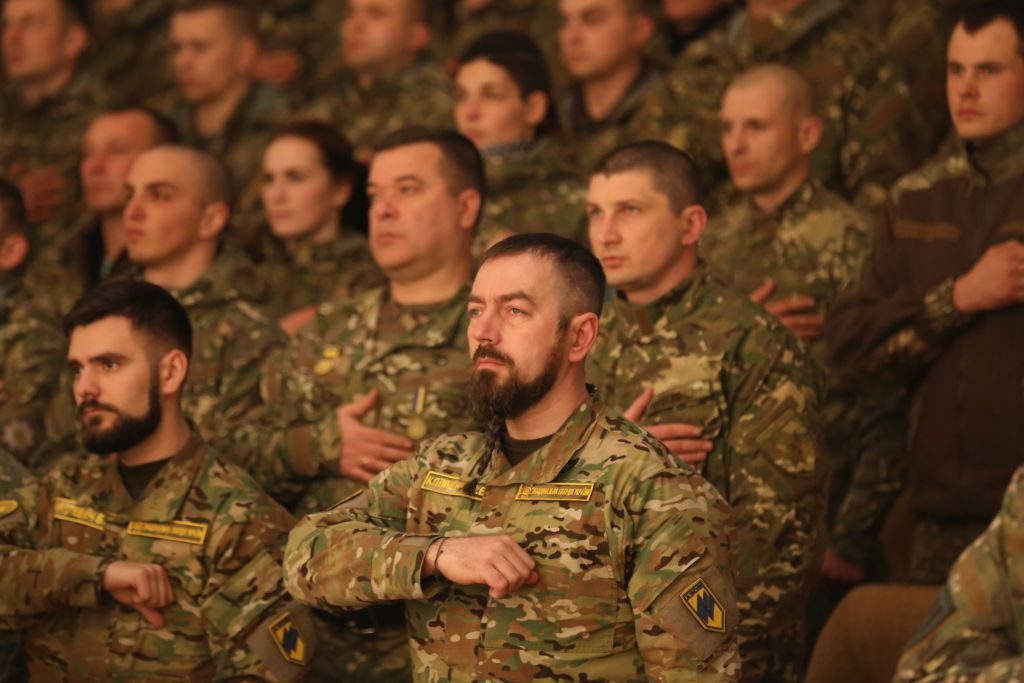 “22 territorial units of the National Police special patrol service, three National Guard special forces battalions – you are the bedrock of the public order and security and example for the youth! You are an example of true patriotism and the foundation for the education of a new generation!  As in those first and most difficult times on the front, I am still reckoning and relying on you!  Today, our most important combat mission is to build an effective system for the protection of human rights and freedoms.  I thank each of you for the worthy service to Ukraine!”  – said the Minister.

In 2014, on the initiative of the Minister of Internal Affairs, 34 military units were formed – volunteer battalions, which included 6,566 volunteers.

Now, after the creation of the National Police of Ukraine and all relevant organizational and staff changes, function 22 units of the special police patrol service of the Main Directorates of the National Police in the Ukrainian regions with a total staff of 3,819 people. Three more volunteer battalions were created and function within the National Guard of Ukraine.  They include the operational battalion named after the hero of Ukraine, Major-General Sergei Kulchitsky, the battalion of special purpose “Donbass” and a separate detachment of special purpose “Azov”. 1454 people serve today in these battalions.

[i] It is a banner day dedicated to memory and glory of rank and file Ukrainians who volunteered to fight against the Russian military aggression in 2014. They formed the first volunteer battalions or Dobrobaty in Ukrainian. 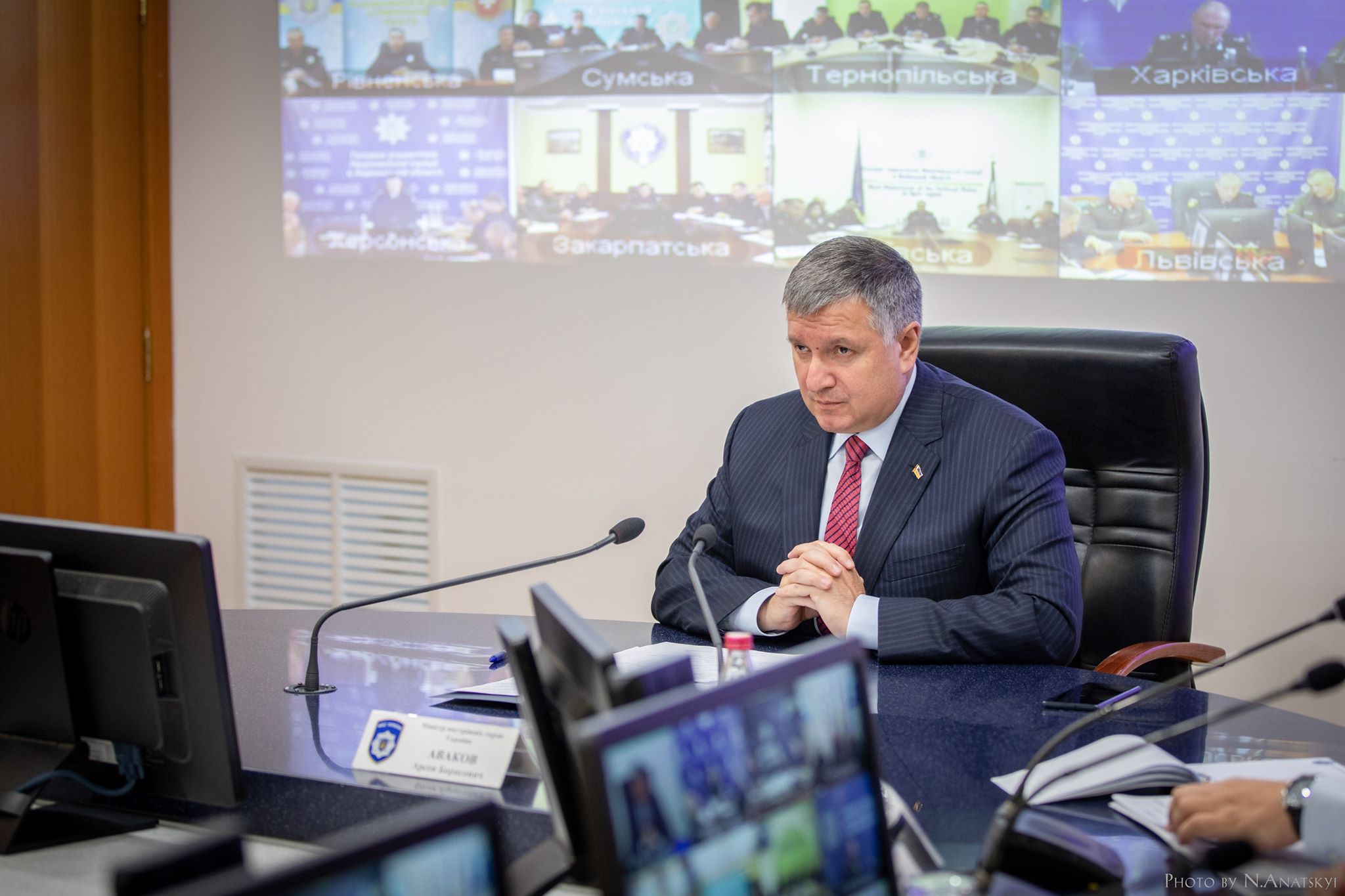