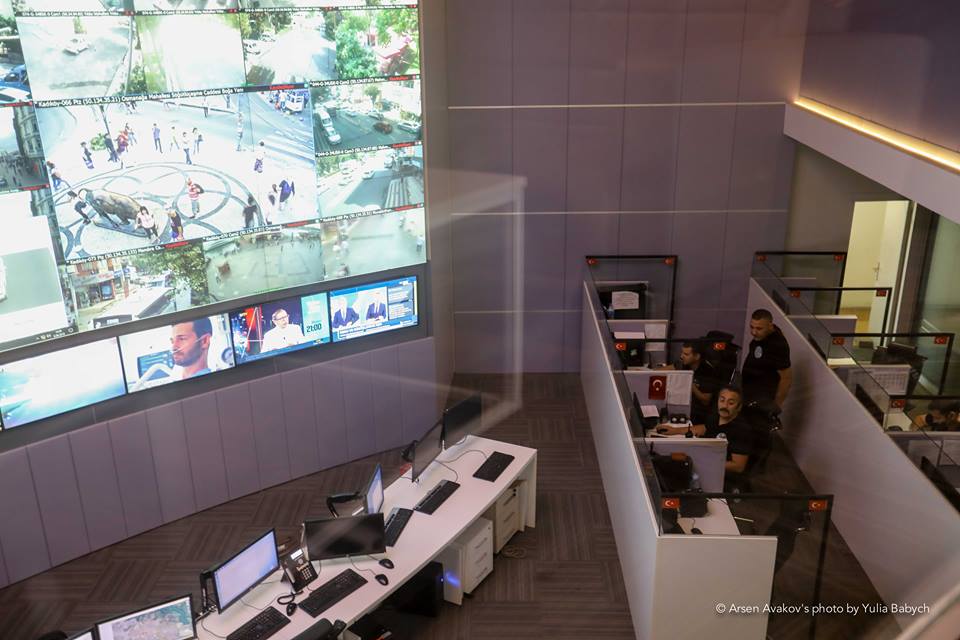 “Together with the governor of Istanbul, we got acquainted with the work of the security management system of the city.  It includes two separate centers: one for control over public safety and another to control the road safety. The centers can potentially react to any situation.  It is the same standard that we are implementing now in Ukraine”, – said Arsen Avakov. 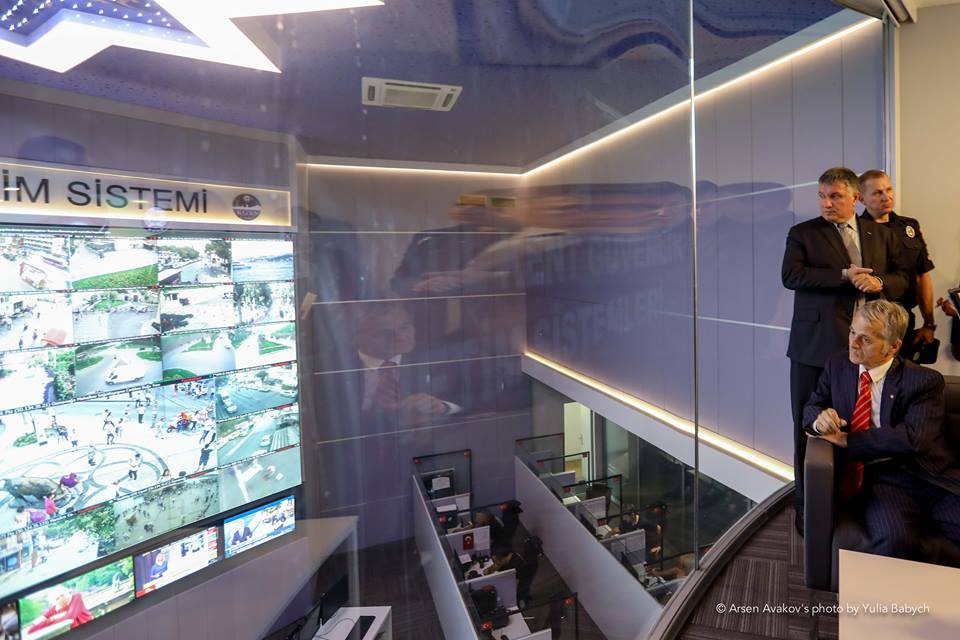 The radars and video cameras are installed on 3100 police cars.  There is a special navigation system which allows law enforcers to locate the cars with radars and then direct the nearest car to the place of any violation for the prompt response.

1705 CCTV cameras cover the main streets and squares of the city, and 6,500 high-resolution cameras monitor security on the roads.  The approximate cost of the project is US$44 million. 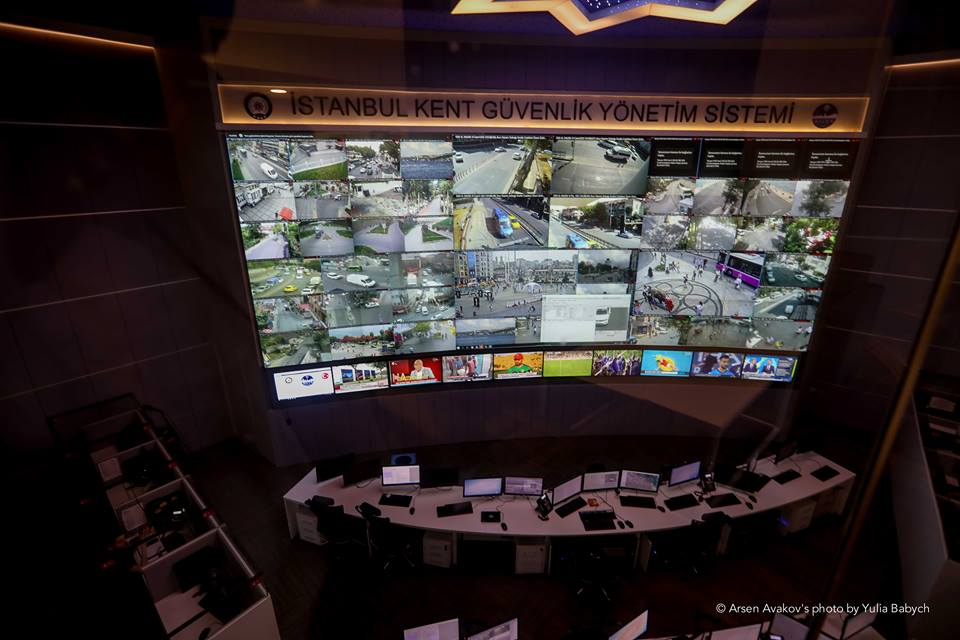 Arsen Avakov shared with his Turkish counterparts the experience of introducing police security systems in Ukraine:

“Our center’s activities are based on the application of a modern information and computer system that enables 24-hour monitoring of the operational situation The “Safe City” system increases the effectiveness of patrol and investigative-operational groups.  The modern situational centers already function in five Ukrainian cities”, – informed Arsen Avakov. 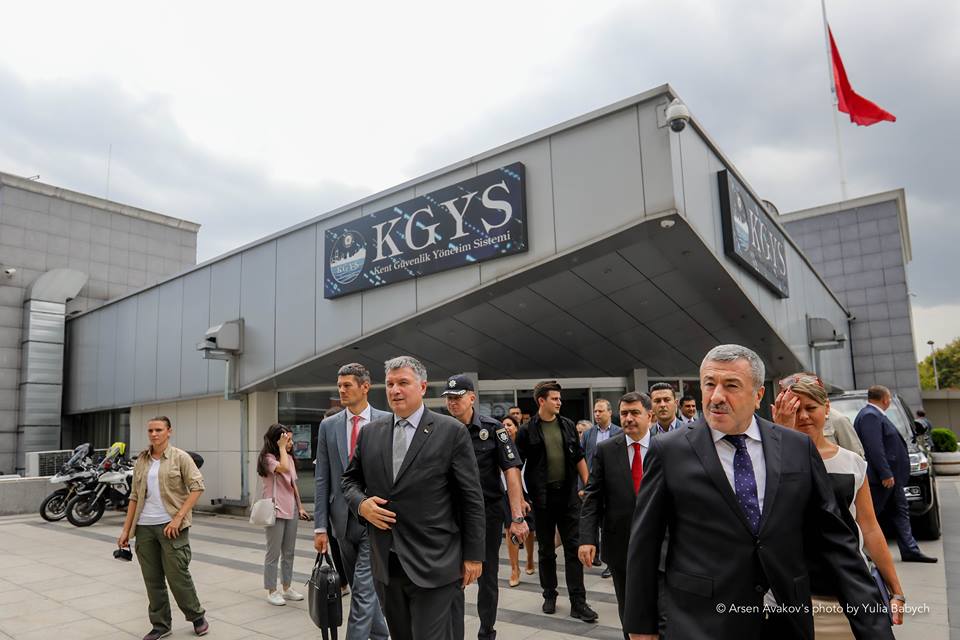 For example, the “Safe City” system, which functions in Mariupol, was developed in accordance with the military conflict environment. CCTV cameras in Mariupol can work for a long time without power supply, at night and in all weather conditions.  The system responds to the increased level of noise in the area and immediately identifies this area on the SOS-monitor. 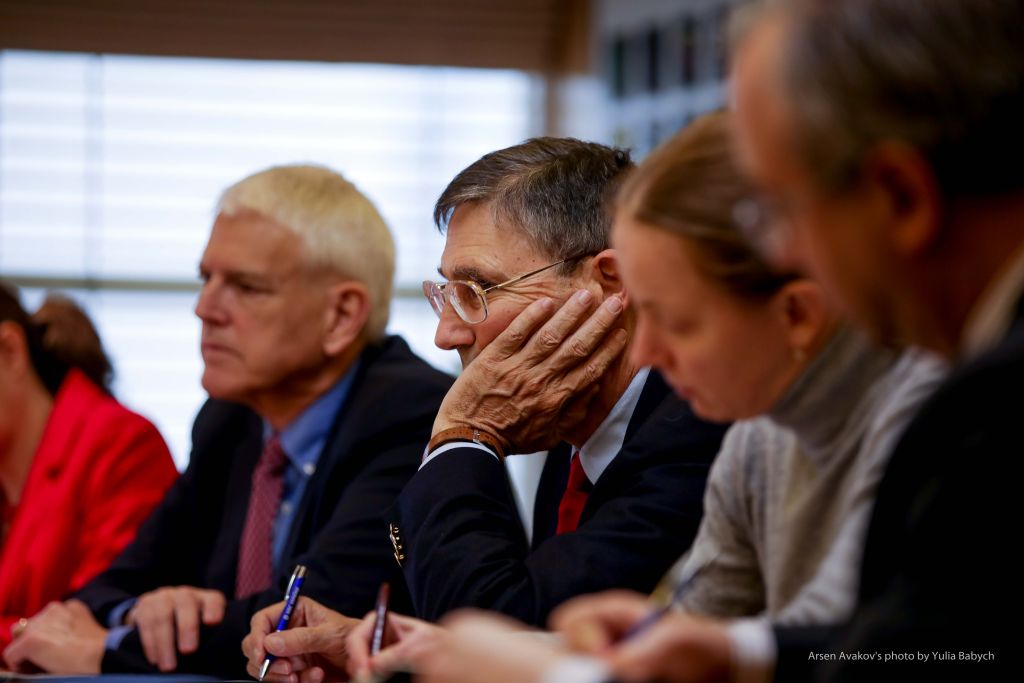