The Minister of Internal Affairs urged all candidates for the presidency of Ukraine to demonstrate to the Ukrainian people fair elections instead of sowing hatred and organizing mutual provocations.

On his Facebook page, Arsen Avakov addressed the participants of the election race:  “50 days before the elections.  44 candidates.  Parties and activists.  Gloomy personalities with brass knuckles and bottles of green dye in pockets. Сar bombs, battles between agitators, bribery, and counter-bribery. Information war and competition in populism up to idiotism…  Lord candidates, make arrangement finally, how to compete fairly and not lose the country by wasting yourself on hatred and mean provocations.  It’s so nice to win the election honestly! Our people suffered a lot and deserved fair elections, but not a scuffle in the political mud!”

Over the past day, the National Police throughout the territory of Ukraine registered 62 reports of electoral irregularities.  In total, since the beginning of the election campaign, there were 1041 reports.  In 38 cases of election law violation, criminal proceedings have already been opened. In three cases preventive measure has been already chosen for violators.  The police also prepared 266 formal statements on administrative offenses. Two hundred forty-one reports are currently being checked.

The head of MIA informed about the latest outrageous events related to the election race.   On February 9, 2019, in Novomoskovsk, Dnepropetrovsk region, on the way to the rally of one of the candidates, law enforcement officers stopped a citizen who had 10 liters of green dye (brilliant green)!  Also, in one day in four cities during rallies, in which thousands of people participated, the police officers seized from “activists” brass knuckles, Finnish knives, petards, gas cartridges and bottles of green dye.

“And where is that fine line, when instead of brilliant green your opponent is doused with acid?” When you send some goon with the order “to make a rumpus at your opponent’ rally using the brilliant green” – who will be responsible if it happens to be sulfuric acid instead of green dye?  You will say, that it is an excessive act… But who will define this fine line?  Your goon with a balaclava covering his face?  The cheap hooligans clad in military camouflage, who never was near the front line?

Politicians’ election campaign headquarters!?  After all, it is you who call themselves honest and decent, but secretly send thugs to harm your opponents, pay dirty money for it…  And in the light of the day, we meet with presentable, well-respected people from election campaign offices who hire people to execute mean commands!

This huge wave of mutual disrespect and hatred cannot be stopped either by laws or by the police – this can be done only by your conscience and responsibility. Please, think, finally, about the country, and not the political career of beloved yourself.  Our country needs fair elections more than ever!”, – stated the head of the Ministry of Internal Affairs. 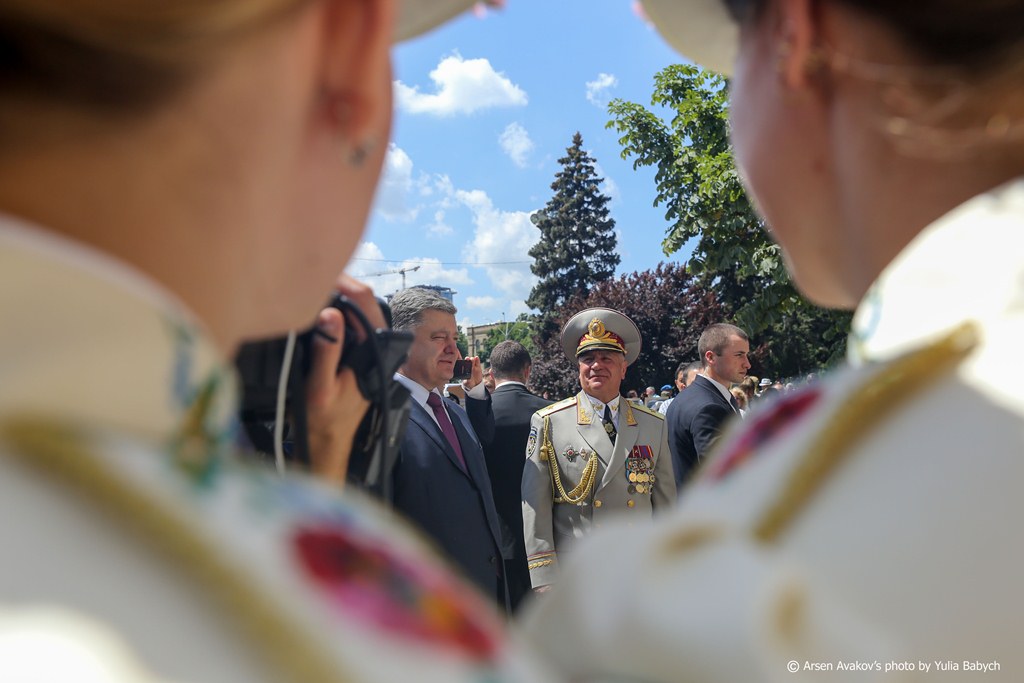