Speaking exclusively to the Daily Beast, Ukraine’s interior minister says revolutionaries must accept the internal battle is over and help to face down Russia.

KIEV — With as many as 100,000 Russian troops amassing along the southern and eastern borders of Ukraine, the country’s interior minister is calling upon members of a nationalist militia which helped overthrow the regime of former President Viktor Yanukovych to lay down their weapons and join the country’s paltry armed forces.

“We told them, the war is finished. If you would like to participate in defending the country, go and join the National Guard of Ukraine,” Interior Minister Arsen Avakov told The Daily Beast in an exclusive interview in his office Thursday. “It is not necessary to be here in Kiev occupying private properties. Go to the border regions in Ukraine and secure Ukraine.”

But leaders of the most visible nationalist militia, Right Sector, are not only refusing to heed Avakov’s call, they are demanding his resignation over the mysterious murder of one of their leaders.

Earlier this week, Sashko Muzychko, also known as Sashko Bilyi, was killed in a skirmish with police in western Ukraine. Bilyi, who fought the Russian army in Chechnya in the 1990s, was a leader in Right Sector, the shady, ultranationalist group which rose to prominence as the self-proclaimed muscle behind the anti-Yanukovych protests that forced the former president to flee the country last month. Right Sector claims that the police murdered Bilyi in cold blood. In the weeks since Yanukovych’s fall, Ukraine’s shaky government has attempted to rein in Right Sector, but the appeals of Avakov and others are mostly falling on deaf ears.

Last night, hundreds of Right Sector supporters, clad head-to-toe in black or military fatigues, attempted to storm the Rada, or parliament building, demanding Avakov’s resignation. They continued their protests outside the parliament this morning.

Right Sector is not the only element challenging Kiev’s authority.
“We are demanding the resignation of Avakov because he is a killer,” Ruslan Barabolenko, a 33-year-old Right Sector member told me. Asked if he would join the country’s National Guard or military—which only has about 6,000 combat-ready men to defend the country from a Russian attack—he replied in the negative, stating that the current government “doesn’t serve the interests of Ukraine.”

Most of the weapons in Right Sector’s possession are believed to have been stolen from an Interior Ministry depot in the final, chaotic days of the revolution last month. A government-imposed deadline for the return of those arms passed last Friday, yet there is no way of knowing how many of them remain in private hands. Speaking about his followers last week, Right Sectors leader Dmitry Yarosh slyly told the New York Times that, “in part they handed in these weapons, in part they keep them.” The group’s menacing tone and refusal to respect the new government’s authority posits a worst case scenario that the country’s security could deteriorate along lines seen in other, post-revolutionary situations, when power vacuums let militias wreak havoc. “It is the same situation in all post-revolutionary countries,” Avakov said, mentioning the case of Serbia specifically. “There are radicals that will never agree that a war has stopped and that it’s necessary to develop the country.”

Igor Mazur, a Right Sector leader known as “Topolya,” or “Poplar” because of his 6’7’’ frame, seems to think that the battle not only hasn’t ended but has yet to begin. Right Sector, he says, is training its forces in military exercises outside Kiev. Like the late Bilyi, he fought the Russians in Chechnya as a young man in the 1990s, as well as in the separatist Georgian province of Abkhazia. He says his men would join the Ukrainian military on the condition that they be able to maintain their own unit outside the formal command structure.

Thuggish as they are, Right Sector’s role now and during the revolution should not be overestimated. The group has received an inordinate amount of attention largely due to Russian propaganda, which has attempted to conflate the democratic aspirations of the revolution with virulently anti-Russian nationalism. Until recently, Right Sector was believed to have had only 500 members; today, the number may be just 2,000. Yarosh, who is running for president, commanded less than 2% support in a recent poll.

Indeed, Right Sector’s claim to fame—that its members were the ones ultimately responsible for overthrowing the Yanukovych regime—also appears to be exaggerated. Several participants in the Maidan protests told me that Right Sector members would instigate fights with riot police by throwing Molotov cocktails and then immediately flee the scene, leaving other protestors to bear the brunt of the armed response. Maidan casualty figures seem to bear this analysis out; no acknowledged member of the group could be named among over 100 dead.

According to Avakov, the main problem presented by Right Sector is that its activities project a picture of weakness to Russia. “If the Russian Federation understands we are a strong country they will never make aggressive acts.” That message was echoed today by the country’s president Olxander Turchynovtry, who claimed that the nationalist group was attempting to “destabilize” the country, potentially inviting the Russian invasion its rowdy members seem to want.

Right Sector is not the only element challenging Kiev’s authority. Also this morning, exiled president Yanukovych delivered a speech from his perch in the Russian city of Rostov-on-Don, fanning the flames of separatism. Attacking members of the new government as “imposters,” Yanukovych urged his countrymen to abstain from the upcoming May presidential election and demanded referendums in each Ukrainian region to determine their future status within the country. Yet Avakov does not appear worried about lingering support for the deposed leader. And he dismisses concerns that his ministry may still be riddled with Yanukovych loyalists, who, he said, destroyed countless documents in the regime’s final days. “I do not think that there are people in my ministry who support Yanukovych,” he told The Daily Beast. “I have met with many members of the Party of Regions [Yanukovych’s party] and know that he finally lost their trust.”

Avakov, however, is concerned about Russian meddling in the country’s East, where he says there are anywhere from 2,000 to 3,000 people working on behalf of Moscow to stir up trouble. He shared pictures of weapons and propaganda materials seized by Ukrainian police, allegedly found in the possession of pro-Russian provocateurs, including posters of the late Ukrainian nationalist leader Stepan Bandera. Vladimir Putin specifically mentioned Bandera in his speech last week to formally announce the annexation of Crimea. Following an attack by members of a pro-Russian organization on a Ukrainian nationalist group in the eastern city Kharkiv in which two people died, Avakov says, “Russian broadcasters were there before the fight started and before the police arrived. We have a radio interception of telephone conversations on the subject, certifying that it was provoked by the Russian secret service.”

While he knows Russia wants to destabilize Ukraine’s nascent government, Avakov doubts that Moscow would do anything so rash as launch a full-scale invasion, at least in the short term. “Russia is not ready for large-scale intervention,” he said. The bloodless seizure of Crimea was possible only because a sizeable portion of the population there welcomed it; pulling off such a feat in the East would require “a real war.” And such a war would “destroy Russia from within. The main thing is that the population of Eastern Ukraine would not accept this occupation. The only question is how many victims would be necessary for Russia to understand it.” 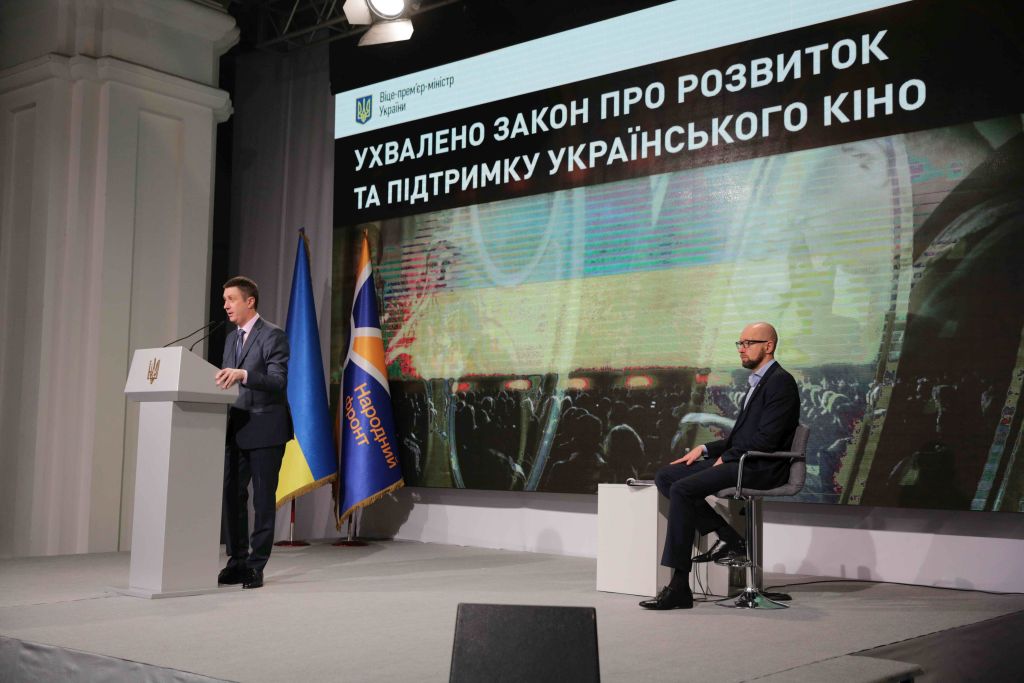