Официальный сайт - Арсен Аваков / News / Arsen Avakov: We hope that the Italian court will take into account the position of Ukraine in the case of the National Guard fighter V.Markiv 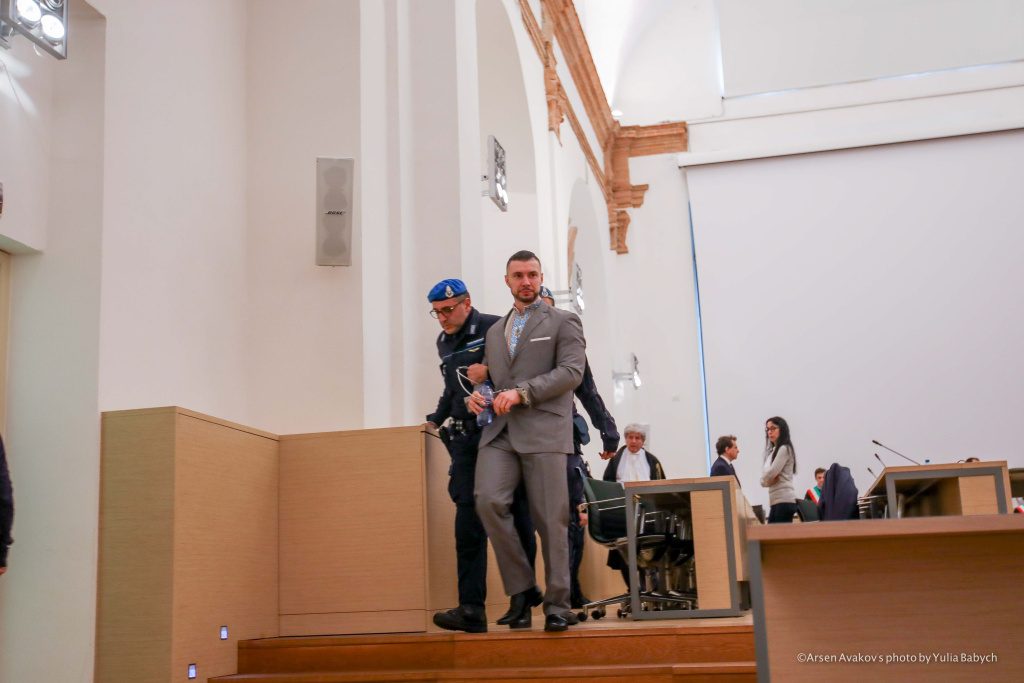 Arsen Avakov: We hope that the Italian court will take into account the position of Ukraine in the case of the National Guard fighter V.Markiv

The next court hearing was held today, on May 17, in the city of Pavia (Italy).  The Minister of Internal Affairs of Ukraine Arsen Avakov arrived in the courtroom to support the National Guard serviceman, who is accused of complicity in the murder of Italian reporter Andrea Rockelli.

“I am sure of Vitaliy Markiv’s innocence, and that’s why I’m here today. He is our soldier, and we will not abandon him. I came here to support our soldier and to show that we are closely following the course of the proceedings and are ready to provide the Italian justice with all the necessary assistance to establish the truth at the state level”, – said Arsen Avakov.

The acting Commander of the National Guard of Ukraine, Lieutenant-General Nikolai Balan and four colleagues of Vitaliy Markiv testified before the Italian court to provide all the necessary evidence of his innocence.

During the interrogation, Nikolay Balan spoke about the creation of the National Guard of Ukraine, its tasks and operations, in particular during the liberation of the city of Slavyansk on May 2014. According to his testimony, the task of the unit where Vitaly Markiv served was to defend a TV tower on Mount Karachun in Slavyansk.

“The National Guard fighters were armed with small arms and did not have heavy and long-range weapons, by which Italian journalist Andrea Rockelli was fatally wounded on May 24, 2014.  Also, the position where Vitali Markiv was located by his commander order monitored a different observation sector (Andreyevka village), and not the one where the Italian photo reporter was killed (a railway crossing in front of a ceramic factory).  At that time, the latter position was occupied by separatist militants headed by their Russian leader Girkin.  From this position separatists constantly fired at the Ukrainian units on Mount Karachun”, – stated Nikolai Balan in his testimony.

SBU is investigating the case of the death of the Italian citizen Andrea Rokkelli and the Russian human rights activist Andrei Mironov in Ukraine.  To speed up the exchange of information and enhance the effectiveness of the investigation, the Ukrainian side has proposed to Italy to create a joint investigation team but received no response.

In turn, the Ministry of Internal Affairs of Ukraine is ready to assist the Italian law enforcement agencies in the investigation, as well as to ensure that the Italian side can visit the site of the tragedy and make sure that the charges against Valery Markiv are absurd.

Minister Arsen Avakov stressed that during the active phase of the hostilities in the east of Ukraine, the Italian embassy officially warned its citizens about the danger of traveling to the Donbas.  But the deceased journalist Andrea Rokkelli went to the most dangerous zone from the side of the Russian terrorists of the Girkin group, without notifying the official authorities of Ukraine and not through Ukrainian territory.

It is known that in the case file of Vitaly Markiv, the prosecution party uses as evidence the fake letter allegedly from the National Guard of Ukraine.  The deputy commander, chief of staff of military unit 3066, Colonel Konstantin Richtik, gave a testimony to disprove the existence of such a letter. For the first time, this document with numerous spelling errors allegedly addressed to the commander of the NGU, Yuri Allerov, on behalf of Colonel Richtik, appeared last year on the Russian website “Russian Spring”.  The authors of the fake intended to discredit before the Italian justice the objective testimony of Ukrainian witnesses – the NGU soldiers.  According to the Minister, this is another manifestation of the Kremlin hybrid war, to which Europe has not yet become accustomed.

With the permission of the court, Arsen Avakov talked to the detained Vitaly Markiv:

“He is in a cheerful mood and believes in the triumph of an unbiased Italian court of law. He said that he has served and would serve Ukraine!  We are here to support our soldier.  The accusations against Vitaliy Markiv are completely unfounded, and the case itself was provoked by the Russian Federation for propaganda purposes and is another manifestation of the undeclared hybrid war waged by the Russian Federation against Ukraine and the entire civilized world!   Fakes, propaganda, attempts to manipulate Italian justice to discredit Ukraine are the essence of this case”.

Arsen Avakov expressed support for the unjustly accused soldier, and thanked him, his family and the Ukrainians who attend every hearing during this process:

“The very fact of these interrogations, and the exhaustive and convincing testimony of our witnesses, I hope, will contribute to establishing the truth in this matter and will allow the Italian justice to make a fair decision.  We have nothing to hide; we are open and insist on the innocence of our soldier.  We expect very much that our words will be heard”.

Vitaly Markiv – deputy commander of a platoon of the NGU special forces battalion named after Kulchitsky. He was arrested in Italy on June 30, 2017, on suspicion of the premeditated murder of an Italian journalist Andrea Rockelli and his colleague from the Russian Federation Andrei Mironov. Both of them died in May 2014 near Slavyansk as a result of mortar shelling.

It is known that the 29-year-old Ukrainian fighter was born in the Ternopil region.  In 2003, together with his mother and sister, he moved to Italy, where he graduated from a technical college and received Italian citizenship.  He worked as a DJ.  He returned to Ukraine in December 2013 and became a participant of Euromaidan.

With the beginning of the Russian-Ukrainian conflict in the Donbas, he enrolled as a volunteer to the NGU battalion named after General Sergei Kulchytsky.  Later, already having the rank of senior sergeant, he signed a contract with NGU.

In 2017, Vitaly Markiv went to Italy to visit his mother. On June 30, 2017, at the Bologna airport, Italian police arrested him on suspicion of involvement in the murder.

It is important to note that as of May 2014, the units of the National Guard of Ukraine, which were stationed in the Slavyansk region (in particular, on Karachun Mountain, where Vitaly Markiv served), were not armed by mortars.  The Italian side received an official memorandum from the National Guard stating that the operational units of the National Guard in the period from March 20 to August 04, 2014, were staffed only with small arms (assault rifles and machine guns).  They did not have artillery weapons, including mortars, in stock.

Also, during this period NGU units were located on roadblocks along the perimeter of the city of Slavyansk, captured by terrorists, at a distance of 10-12 km.  Thus, the range of mortar firing is insufficient to carry out targeted fire from roadblocks around Slavyansk to the area, where an Italian photo correspondent was killed. 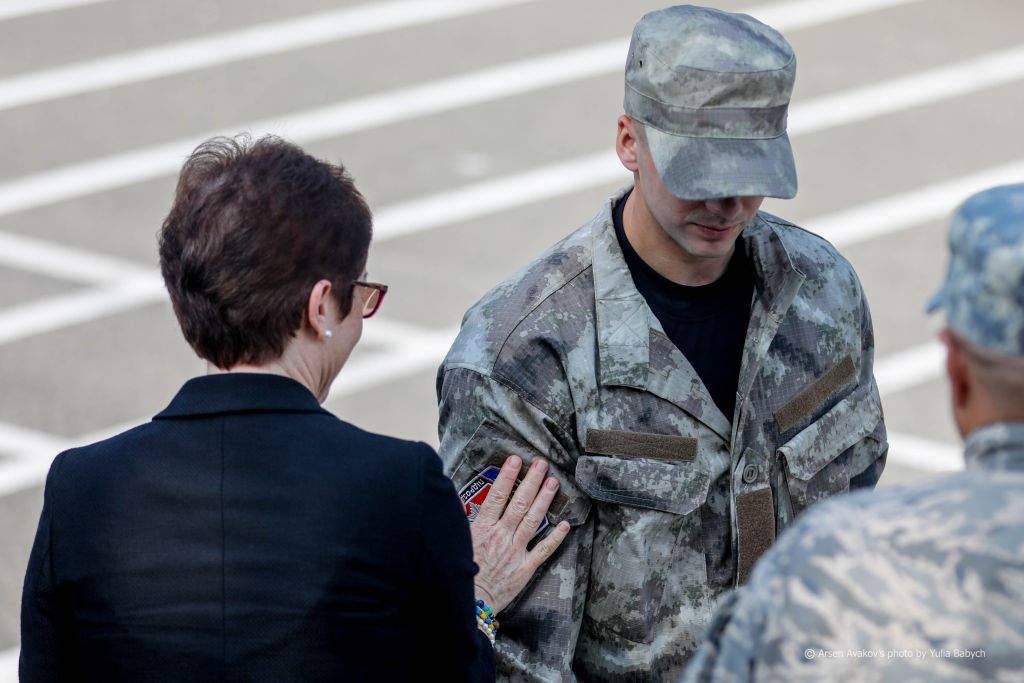