Арсен Аваков. Официальный сайт / News / Arsen Avakov: We have ensured fair and safe elections – this means a new culture of the electoral process!

Arsen Avakov: We have ensured fair and safe elections – this means a new culture of the electoral process!

The Ministry of Internal Affairs handled the tasks it faced: there were no mass violations of public order, and the minor electoral violations recorded did not affect the election results.  The Minister of Internal Affairs is confident that the MIA staff will be able further to provide for calm and order in the country.  He stated this on April 21, 2019, during a meeting with international observers.

Before the meeting with the Minister, international experts familiarized themselves with the work of the Situation Center of the National Police, which, around the clock, collects and processes information about irregularities during the elections and provides for the appropriate response from law enforcement officials.

During the presidential elections, 133 thousand law enforcement officers provided for the safety of citizens and the order at the polling stations.  197 District Election Commissions (DEC) and almost 30 thousand polling stations were under round-the-clock protection.  NPU provided security and assistance for foreign observers.

The innovative interactive system of fixing violations “Elections-2019” is available to everyone on the website of the Ministry of Internal Affairs.  This system permits to receive information about each recorded violation, filter information by date, article of the Criminal Code, locality, get information about the event itself and relevant response from law enforcement officers.

Every two hours, the operational headquarters of the Ministry of Internal Affairs have published a summary of the situation at polling stations around the country.  Hotlines for quick response to any developments have worked in non-stop mode.  Some call-takers on duty were fluent in English.

The Minister reported that within three days there was a record number of fake threats of mine-laying in the large government facilities, as well as attacks on our systems through VPN services from addresses allegedly registered in the United States and China, but really registered in the Russian Federation.  The Ministry of Internal Affairs, the State Security Service, the State Committee on Communications and the CEC have jointly managed to cope with this situation.

Totally since the beginning of the election campaign, the police have received 11 thousand reports of violations.  One thousand two hundred forty-five complaints were formally registered during the second round, which is half as much as in the first round.

Most of the reports were related to illegal campaigning, photographing a completed ballot and damage to the voting forms.  There have also been reports of voter bribery.  The attempts to carry out a bulletin from the polling station were also recorded.  The largest number of violations were recorded in the Dnipropetrovsk, Kiev and Donetsk regions

Seventeen criminal proceedings were opened during the second round of elections, 12 of them – under Art. 158 of the Criminal Code of Ukraine (Providing false information to the authority maintaining the State Voter Register, or falsifying electoral documents, referendum documents, voting results or State Voter Registry data). Also, NPU commenced criminal proceedings under Art. 157 of the CCU against the members of the electoral commission of the polling station in the village of Lebedinsky, Donetsk Region, which did not open today.  Guilty face up to 7 years in prison.

The same day, the police recorded a violation of the law by one of the presidential candidates.  On the fact of the public demonstration of the filled ballot, the police filed a report on the administrative violation.

During the election campaign, an illegal scheme was revealed and suppressed: under the guise of material assistance from the state budget, local authorities tried to bribe retired persons in Kiev and the Kiev region.  Such fact was revealed in the city of Vasilkov, Kiev region.  On April 19, based on the preliminary results of the investigation, the GPU declared to the mayor of Vasilkov the suspicion under part 3 of Art. 27, part 3  3 of Art. 191, part 3 1 of Art. 357 of the Criminal Code of Ukraine.

“This is an example of perfect crime prevention.   We inform the public about all revealed offenses and react to them properly.  MIA will not allow violation of the letter of the law under any circumstances.  The safety of citizens and order in the country is our first and foremost care”, – said Arsen Avakov.

In turn, international observers noted that the election of the President of Ukraine was well organized, and the minor violations recorded could not affect the election results.  Ambassadors of the G7 Group in Ukraine praised the work of the CEC and law enforcement agencies in creating legal and safe conditions for holding elections, which allowed Ukrainian citizens to exercise their democratic rights fully within an honest electoral process. 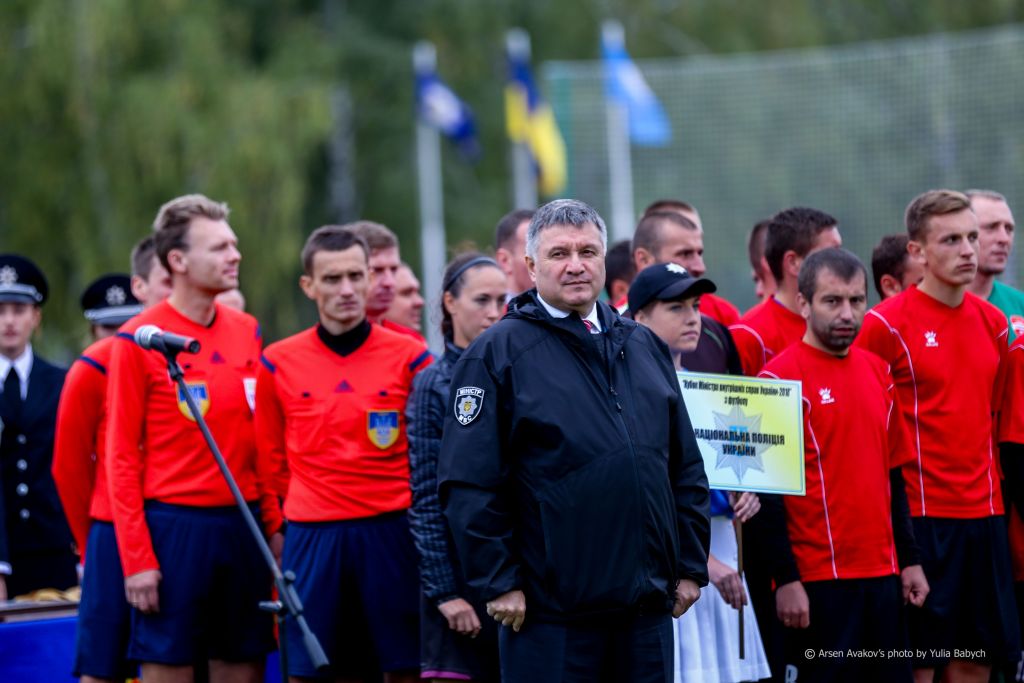