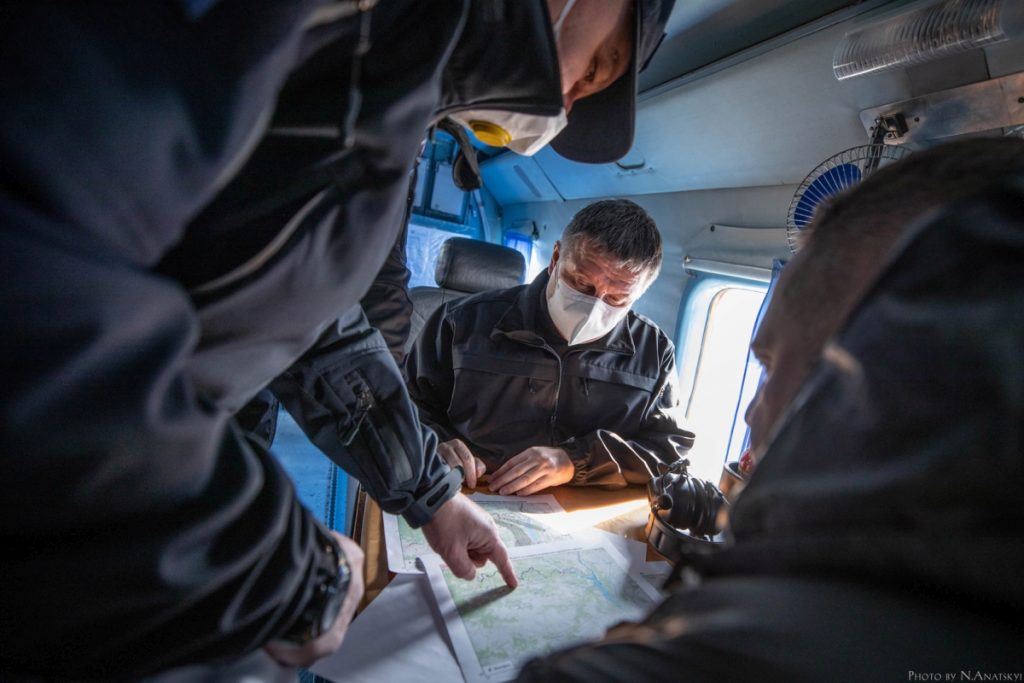 Arsen Avakov: We are considering two versions of fires origins in the Zhytomyr province – dry hot winds and deliberate arson.

The Minister of Internal Affairs stated this today, on April 19, during a meeting of the operational headquarters on the liquidation of the emergency (ES) in the city of Ovruch, Zhytomyr province.

The meeting was attended by the Head of the Office of the President of Ukraine Andriy Yermak, the Secretary of the National Security and Defense Council Alexey Danilov, the Head of the State Emergency Service of Ukraine Nikolay Chechetkin, chief managers of the Zhytomyr province and the State Forest Resources Agency (SFRA) of Ukraine. Before the meeting, the leaders flew over the fire zone on an SES helicopter.

“The fire was caused, first of all, by a strong dry wind, which broke off the electric wires.  However, some data give grounds to believe that there was deliberate arson.  That’s why today, a group of  MIA specialists started to work in the Zhytomyr province to study all the facts”, – informed Arsen Avakov.

The special MIA group headed by General Vladislav Bukharev, advisor to the Minister of Internal Affairs,  identifies the causes of fire development.  At this stage, the main version is considered to be the natural causes: the consequences of snowless winter and the previous day dry hot winds.

“However, a careless attitude to nature cannot be excluded either. For example, when young people allow themselves to have fun in a strange way: to set the grass on fire in conditions of current dryness and the aftermath of a dry winter.  In the past three days, we have detained several people for burning dry grass and garbage on the edge of the forest”, – added the Minister.

Arsen Avakov also stressed that there are still pockets of burning around Chernobyl, but the situation is under control.  More than 700 people and 150 units of SES equipment are involved in fire suppression in the Kyiv province.

“In Chernobyl, we control the situation:  there are still seats of burning there, and we work to extinguish them.  We will draw some systemic conclusions from the recent events.  Melioration systems will be changed – this is an issue of the Ministry of Environment.  The rules of conduct within the reserve, including within the exclusion zone, will be changed.  The forest firebreaks will be prepared more thoroughly than now”, – said Arsen Avakov.

The Head of the SES Nikolay Chechetkin noted that the fires in the Zhytomyr province have been continuing since April 16.  They spilled over to the territory of 4090 hectares.  One thousand fifty-five people are sent to extinguish fires – they include both SES and SFRA staff – and more than 100 units of equipment.

As of 13.00 on April 19, five large wildfires are localized, work continues in four more, and it is here that water-bombing planes AN-32P work.

“At night, we worked to prevent the fire from spreading to the territory of Belarus.  We hope to extinguish today another two fires. This morning, the reconnaissance unit has studied the most critical area. Its coordinates are identified, and today the SES aviation will work over this very area.  Yesterday our planes carried out 21 water discharges.  Thanks to this, we managed to save four settlements, and now the SES staff is working there.  Our aviation focuses on working in the swampy area, where it is impossible to use ground equipment”, – noted Nikolay Chechetkin.

The Head of the President’s Office, Andriy Yermak, stressed that the government would provide the people, who suffered from fires, with necessary financial assistance. 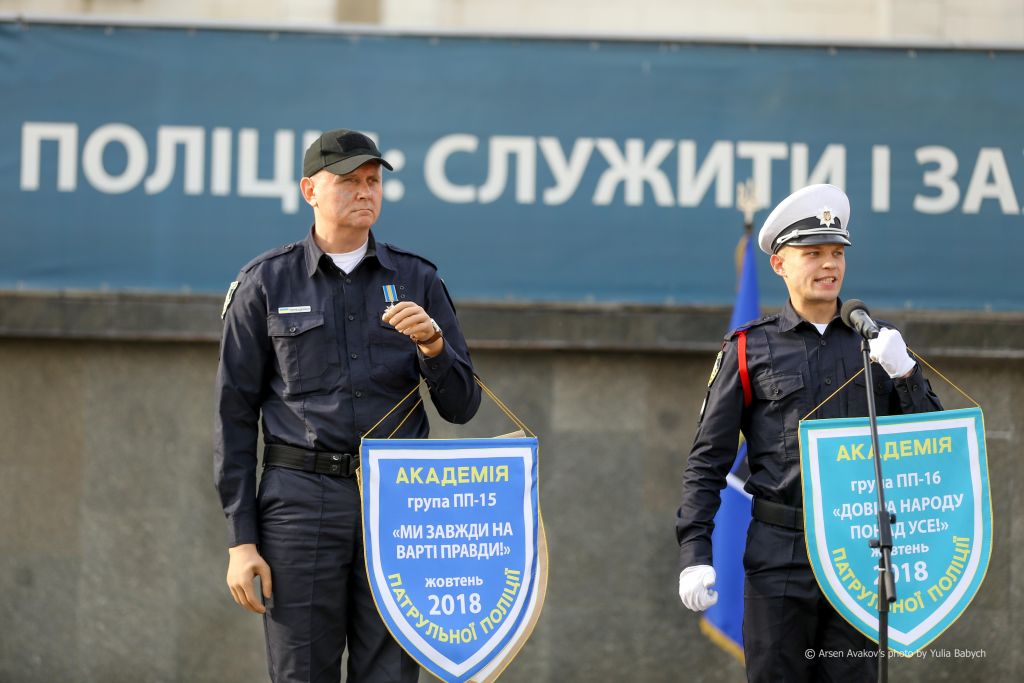