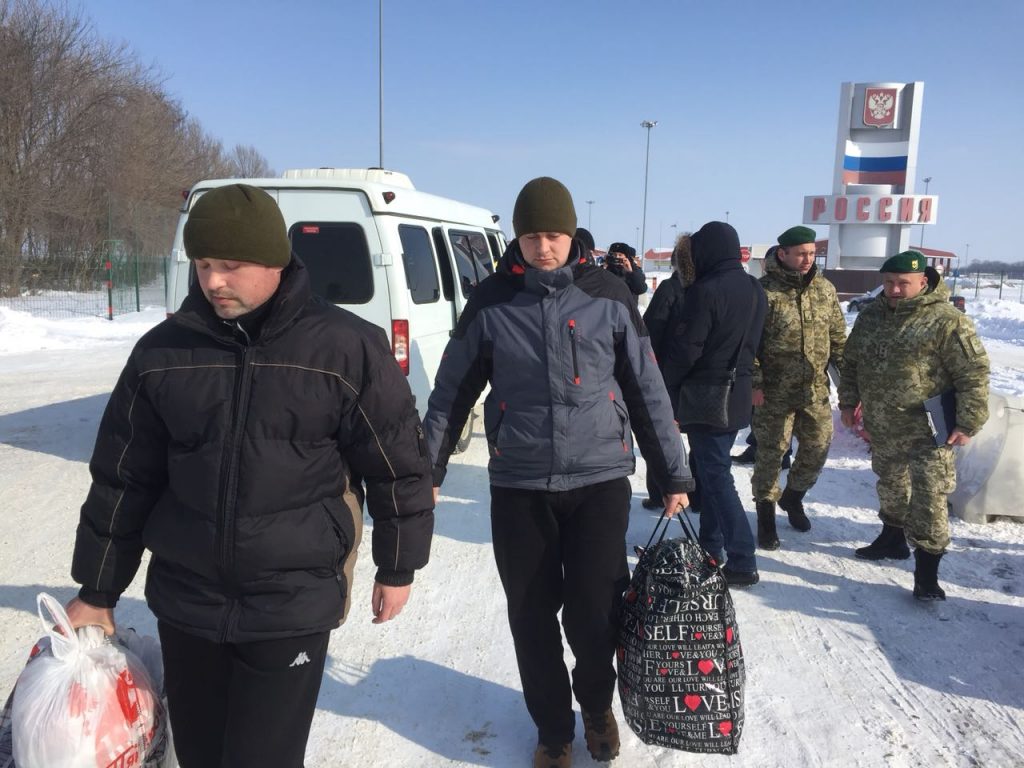 Arsen Avakov: Ukrainian border guards were officially exchanged for Russian “ihtamnety” – this is how the hybrid war looks like

On March 2, 2018, on the neutral strip of the Russian-Ukrainian state border near the checkpoint “Goptovka” in the Kharkiv region, two Ukrainian border guards were exchanged for two FSB officers in the “two-by-two” format. 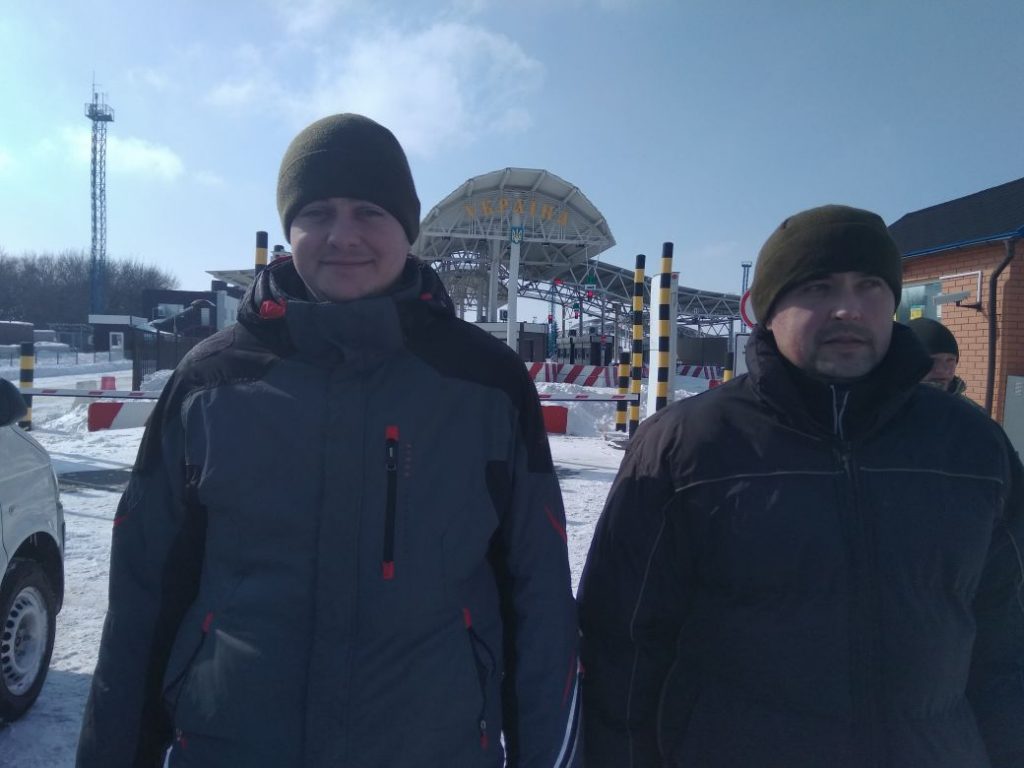 Reminder: on October 3, 2017, two Ukrainian border guards, SBSU captains Igor Dzyubak and Bogdan Marzon, were abducted by the Russian FSB (Federal Security Service) in the Sumy region on the border with Russia.  On October 4, the State Border Service of Ukraine announced the disappearance of two officers during the monitoring of the border. On the same day, the Russian side confirmed the detention.

“Ukrainian border officers Dzyubak and Marzon today returned from captivity!  They were abducted by the Russian special services and spent almost half a year in prison.  They were exchanged for two Russian military officers detained in Ukraine.  “Ihtamnets”1 were officially transferred to the Russian Federation – that’s how a hybrid war looks like!”, – the Minister of Internal Affairs stressed.

Two Ukrainian border guards officers Igor Dziubak and Bogdan Marzonya were officially exchanged for two officers of the FSB Border Service, Vladimir Kuznetsov, and Askar Kuluba, who were detained on June 30, 2017, in Ukraine on the Perekop Bay coast in the Kherson region.

On return to their homeland, the Ukrainian officers said that they had learned about the exchange the day before and also reported that in Russia they were kept under arrest together with other prisoners of the Russian SIZO (pretrial detention facility) and were treated like all others.

Igor Dziubaka and Bogdan Martsonya on a special flight arrived in Kiev, where they met their relatives. During the next month, they will undergo а course of rehabilitation in a military hospital. 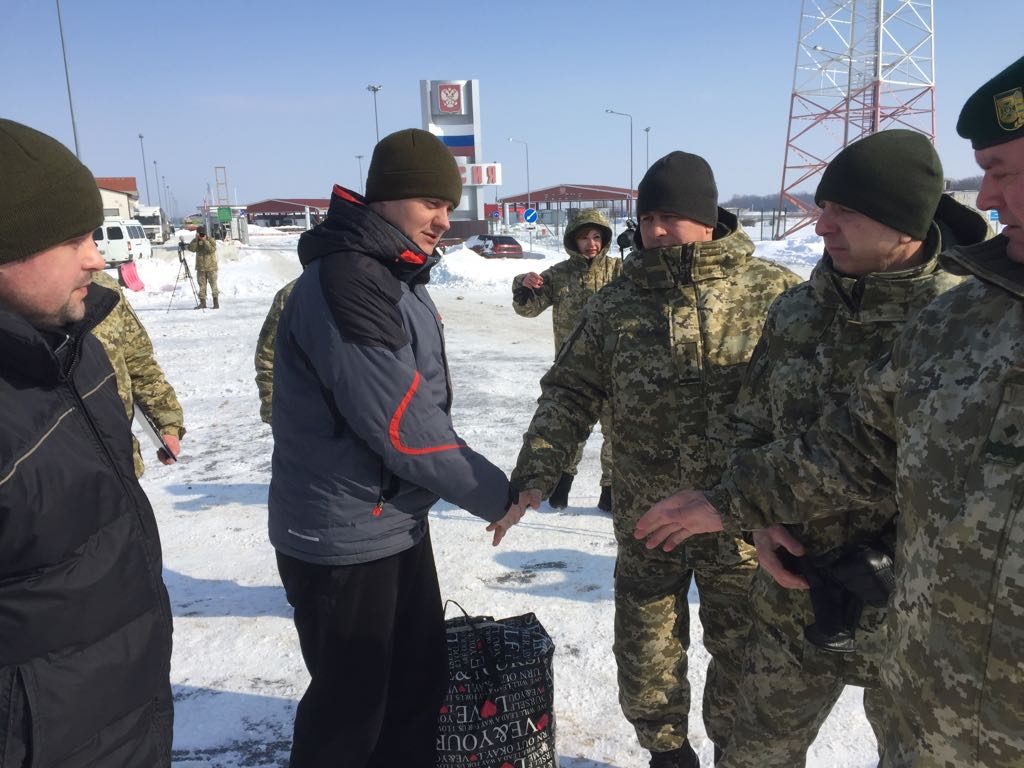 After the abduction, the Russian court arrested the Ukrainian officers Dzyubak and Marzon for two months and for a long time they were kept in Moscow  – in the Lefortovo SIZO. On November 29, 2017, a session of the Lefortovo District Court in Moscow took place with the participation of the Consul of Ukraine in the Russian Federation. At this session, the court considered a criminal case against Bogdan Marzon and Igor Dziubak under Art. 322, Part 3 of the Criminal Code of the Russian Federation “Illegal crossing of the RF State Border committed in the conspiracy by a group of persons or with the use of violence or threat of its use”.  The court ruled to extend their detention under arrest until February 5, 2018.

Later the prisoners were transferred to the city of Bryansk, where the trial had to begin. On January 25, 2018, the session of the Trubchevsky District Court of the Bryansk Region (Trubchevsk, Russia) decided to adjourn court hearing until February 13-14, 2018 and to extend the arrest of the defendants until July 8, 2018.

[1] Ihtamnety (“they-are-not-there” in Russian) is the sarcastic name of Russian servicemen who illegally entered the territory of Ukraine.  It became widespread in Ukraine after Russian officials repeatedly answered “they are not there” to all evidence of the presence of Russian military personnel in Ukraine.