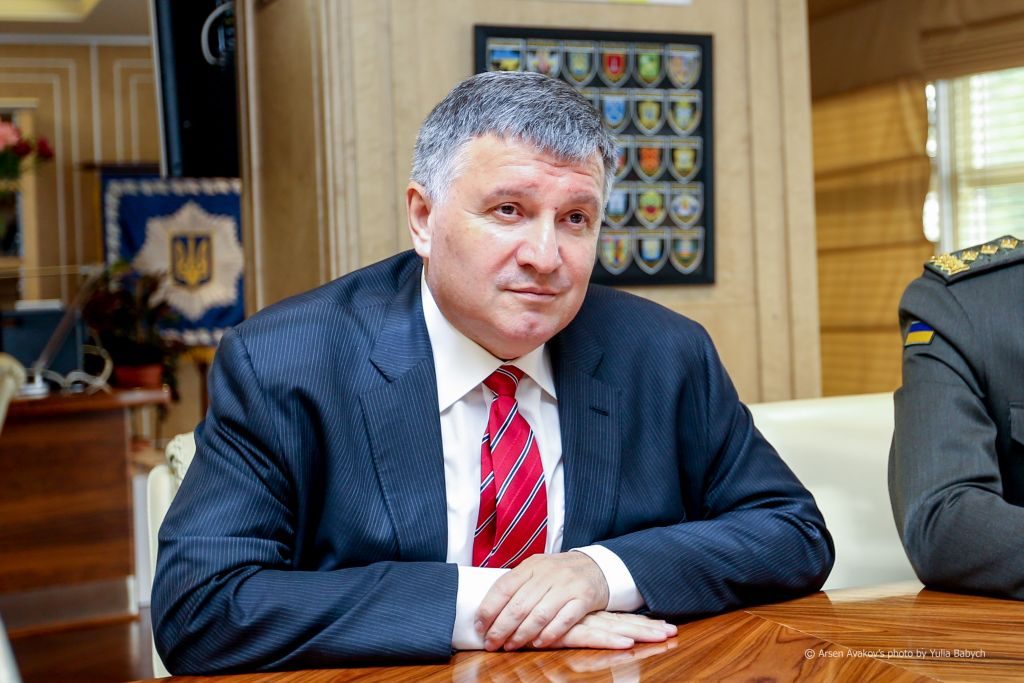 Arsen Avakov: MIA units are ready to ensure public safety during the final match of the Champions League

Today, on May 18, 2018, the Minister of Internal Affairs met with representatives of the countries participating in the final match of the Champions League:  Ambassador of the Kingdom of Spain Ms.Silvia Cortes Martin and British Ambassador to Ukraine Ms.Judith Goff.

“The units of the Ministry of Internal Affairs are fully prepared to ensure public safety during the final match of the Champions League.  We will engage about 12 thousand law enforcement officers including six thousand police officers, three thousand national guardsmen, one thousand border guards and other units.  I am convinced that our forces will ensure the proper level of security and order”, – said the head of the MIA.

More than 50,000 fans are expected to arrive in Kiev to see the final match of the Champions League. To ensure the public order, the staff of all units of the Ministry of Internal Affairs will be engaged:  the explosive ordnance disposal unit, police cavalrymen, cynologists, patrol policemen and rapid response units, as well as the police of dialogue.

The Ambassador Extraordinary and Plenipotentiary of Great Britain to Ukraine Judith Goff stated that she is confident in the efficiency of the MIA units:

“We know that Ukrainian law enforcement bodies are very experienced in handling mass events.  Most fans will behave calmly, but there may be some disturbances of public order.  At the beginning of next week, some British policemen will arrive to help.”

During a year the Ministry of Internal Affairs has been using the Scandinavian experience in providing law and order and has also been inviting specialists from the EU Advisory Mission. To prevent the emergence of conflict situations the special anti-conflict police groups were created within MIA.

On the eve of the final match in May, large-scale law enforcement exercises were held in the main locations, in particular, at the airport “Borispol” and the stadium “Olympic”.

“We have perfected the algorithms of action in the most likely scenarios, in particular, the mechanisms of inter-agency cooperation, and conducted training for situational centers.  To coordinate the actions the headquarter was created headed by the First Deputy Minister Sergei Yarov”, – added Arsen Avakov.

Law enforcers worked out three algorithms of action during mass events: the general concept of ensuring public safety and order, methods of ensuring security during the arrival of fans to the match, as well as on the territory of sports facilities.  They developed tactics to ensure the safety of the stadium, stewards, and police during a possible attempt by fans to get into the playing area and move to neighboring sectors, and also in case of a conflict between the fans of the competing teams at the stadium’s gallery and their evacuation.

It should be noted that to register the arriving passengers at the airport “Borispol” 60 workspaces will be simultaneously open, which will allow to check up to 120 passengers per minute or, respectively, about seven thousand per hour.  If necessary, operative deployment of additional workplaces using the mobile border control complexes will be provided, and all personnel of the Border checkpoint “Kiev” will be mobilized to carry out the necessary tasks.  In total, the capital’s airports expect to accommodate more than 20 thousand fans, football players and members of official delegations, most of which will arrive by charter flights.