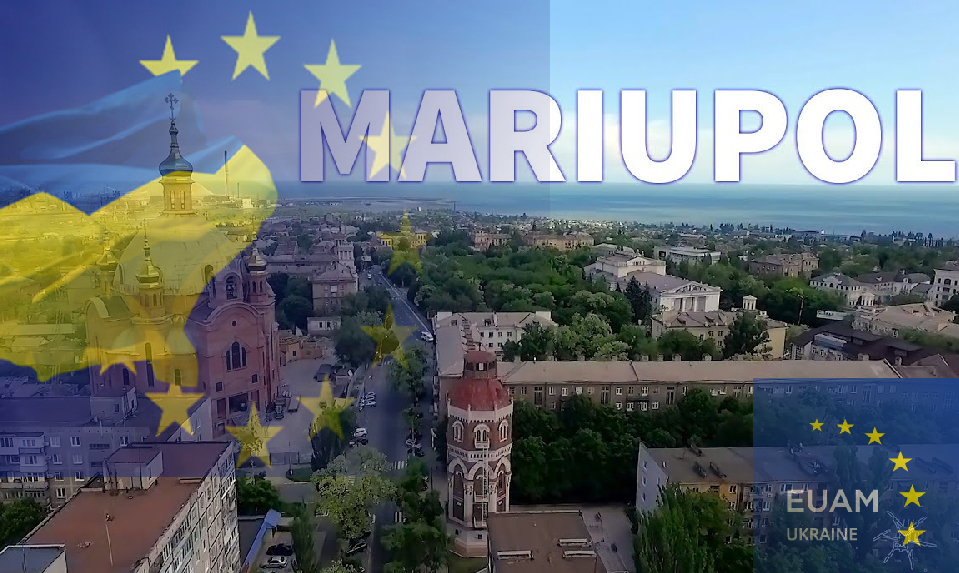 The plans for further cooperation between the EU and Ukraine include the inclusion of the SMS and NGU in the mandate of the EU mission, as well as the opening of the EUAM office in Mariupol.  It was announced today, on February 11, by the Minister of Internal Affairs during a meeting with Ambassador of the European Union to Ukraine Matti Maasikas and the Head of EUAM Antti Hartikainen. 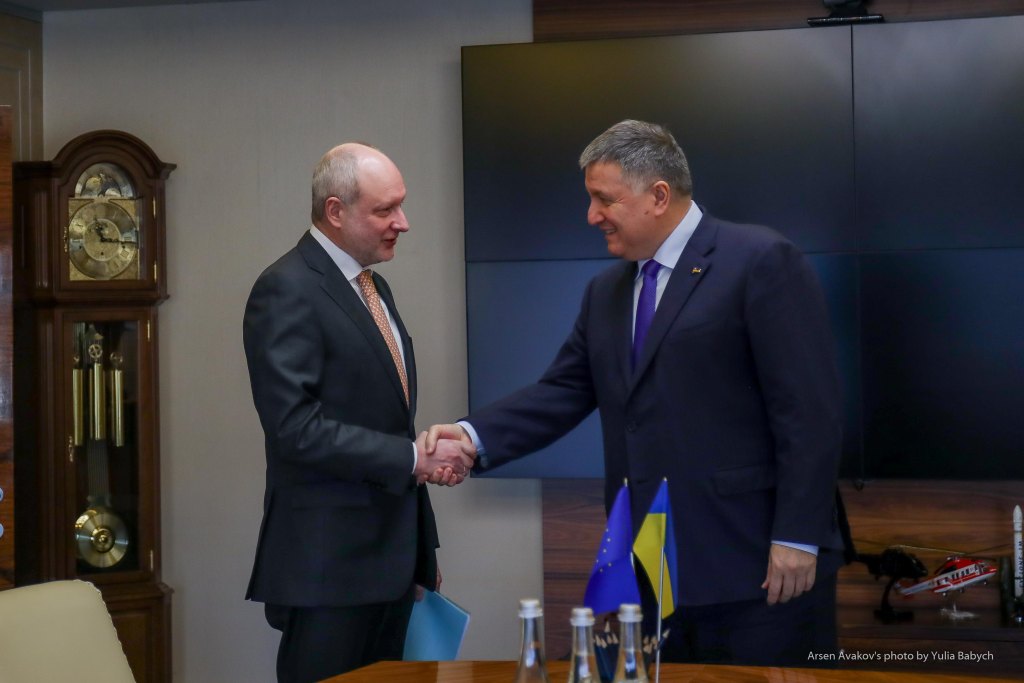 Arsen Avakov thanked European partners for their comprehensive support for reforms of the law enforcement bodies.

“Our cooperation includes a large number of successful projects: the national system of biometric verification and identification of citizens, a connection of Ukrainian checkpoints to the Interpol database, a common strategy for integrated border management, and much more.  I am sure that there is still a lot of joint and fruitful work ahead, – the Minister said. 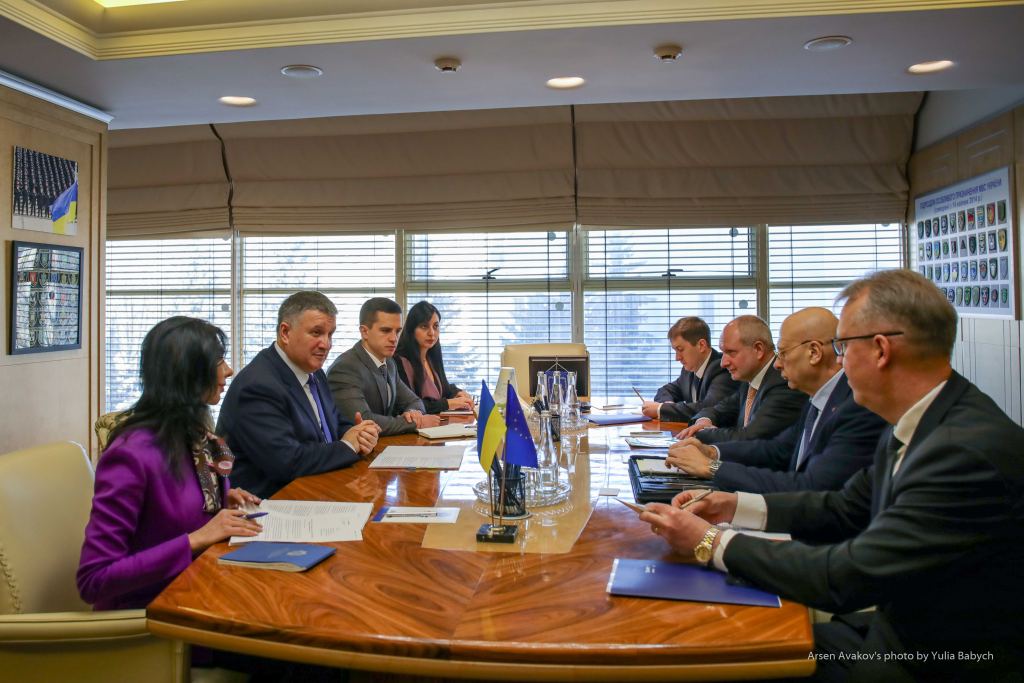 The current plans envision including the SMS and NGU in the mandate of the EU mission, as well as opening the EUAM office to work in Mariupol. 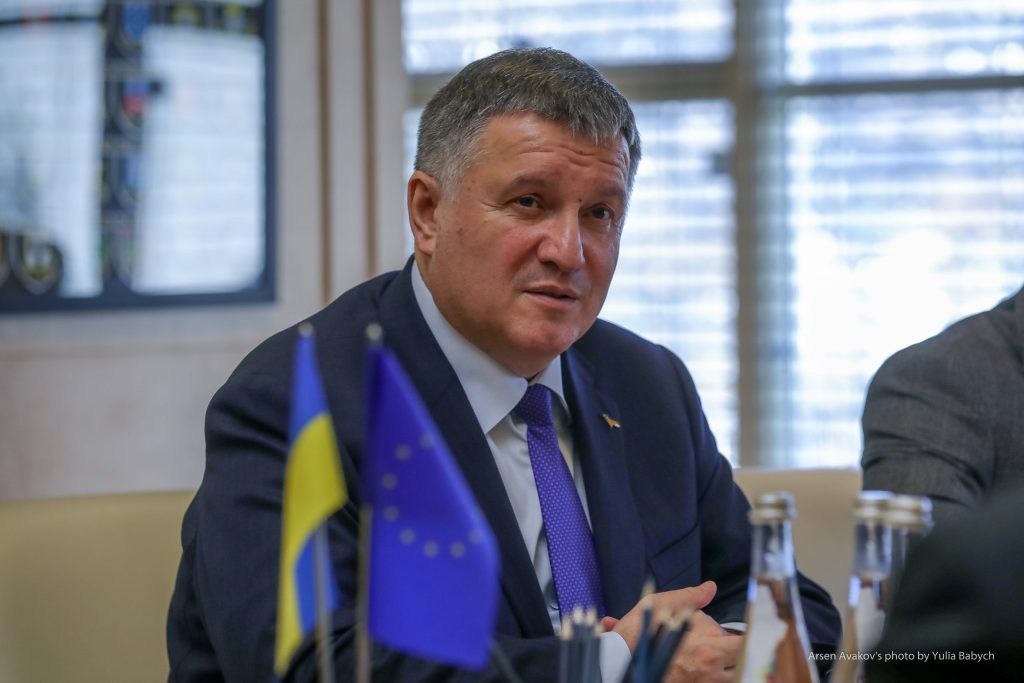 A separate direction of further work is the interaction of Ukrainian specialists with the European Anti-Fraud Office.

Representatives of the EU delegation thanked Arsen Avakov for supporting the Euro-integration tendencies and expressed readiness to develop further cooperation.