Arsen Avakov / News / Arsen Avakov: 20 participants in the shootout in Brovary already arrested, next in line are instigators

Arsen Avakov: 20 participants in the shootout in Brovary already arrested, next in line are instigators

The court selected for suspects preventive measure in the form of 60-day detention without the right to bail. Suspicion was declared to two persons in absentia, and they were put on the wanted list. Now is the turn of the instigators of the crime. The Minister of Internal Affairs Arsen Avakov announced this today, on June 1.

“The court decided to choose for 20 suspects in the case of shooting in Brovary a preventive measure in the form of 60-day detention without the right to bail. The court will decide on one more suspect today at 10:00. Suspicion was declared to two persons in absentia – up to detention. Now is the turn of the instigators of the crime. The investigation is going on», – said Arsen Avakov.

To recall: on the morning of May 29 in Brovary, there was a shootout between entrepreneurs legally engaged in passenger transportation and illegal carriers. In this incident, four criminal proceedings were open under part 4 of art. 296 of the Criminal Code of Ukraine (Hooliganism committed by a group of people using firearms), part 1 of art. 263 (Illegal handling of weapons, ammunition, and explosives), part 2 of art. 194 (Intentional destruction or damage to property), and art. 15 part 2 of art. 115 (Attempted intentional murder of two or more persons).

In total, the investigation identified 67 persons involved in the incident. Two persons are in hospital with injuries. Suspicion was declared to 25 persons. As of 7:00, 06/01/2020, the court chose for 20 defendants a preventive measure in the form of detention without the right to bail. The trial of one more suspect continues.

Earlier, the Minister of Internal Affairs Arsen Avakov issued a statement to journalists, in which he reported on the causes of the incident.

According to the investigation, in the city of Brovary, the conflict emerged over the passenger transportation market-sharing between legal and shady carriers. The latter hired bandits using money received from illegal transportation. The mass clash ended with shooting early in the morning of May 29 in the residential part of Brovary.

“At 7:15 in the morning in Brovary 67 goons staged a mass brawl with the shooting. Twenty-eight participants in this brawl have already been detained, and suspicion was declared to 22 of them. Sixteen units of weapons were seized. With the support of the Office of the Attorney General, we count that tomorrow, the courts will choose for suspects a preventive measure in the form of arrest without bail. In the future, these people will go to jail for a long time to ensure that such clashes in the streets and attempts to earn money in a bandit way will never take place in our society.

Between Brovary and Kyiv daily runs several fixed-route minibus taxis. The average ticket price is UAH 14. Thus, carriers earn some UAH 600 thousand per day or about UAH 220 million for the year. Two groups of carriers share between themselves this passenger transportation market: the legal and shady ones. At some point, these shady carriers decided that they could, using their illegal incomes, hire bandits for criminal showdowns, and sorting things out. They did this as it was in the dashing 90s by appointing a “huddle” at 6-30 in the morning, which ended in a brawl with firing in the residential part of ​​Brovary.

We found that several shotgun pellets and one bullet hit the windows of residents’ apartments. Therefore, this crime is qualified as a serious crime committed by a group of persons. I feel sorry for many of the participants. These are young guys who came from Vinnytsia, Kyiv, and Brovary to earn 800 UAH each. But each of them should be in prison – we can’t react in another way to such incident”, – said the Minister.

In addition, the Minister emphasized, a separate criminal procedure will be opened against the instigators of this armed clash. The police will also check the transparency of tenders for the allocation of quotas for passenger transportation, organized by the regional officials.

“In this situation, the interests of carriers were, unfortunately, put above the interests of people. We informed all law enforcement agencies; the details of the crime are known to the President of Ukraine Volodymyr Zelensky and Prime Minister Denis Shmygal. Our task is to provide that everyone who has demonstrated permissiveness and took part in this crime receive severe punishment. I will personally inform the public about the details of the investigation of this case”, – stated Arsen Avakov. 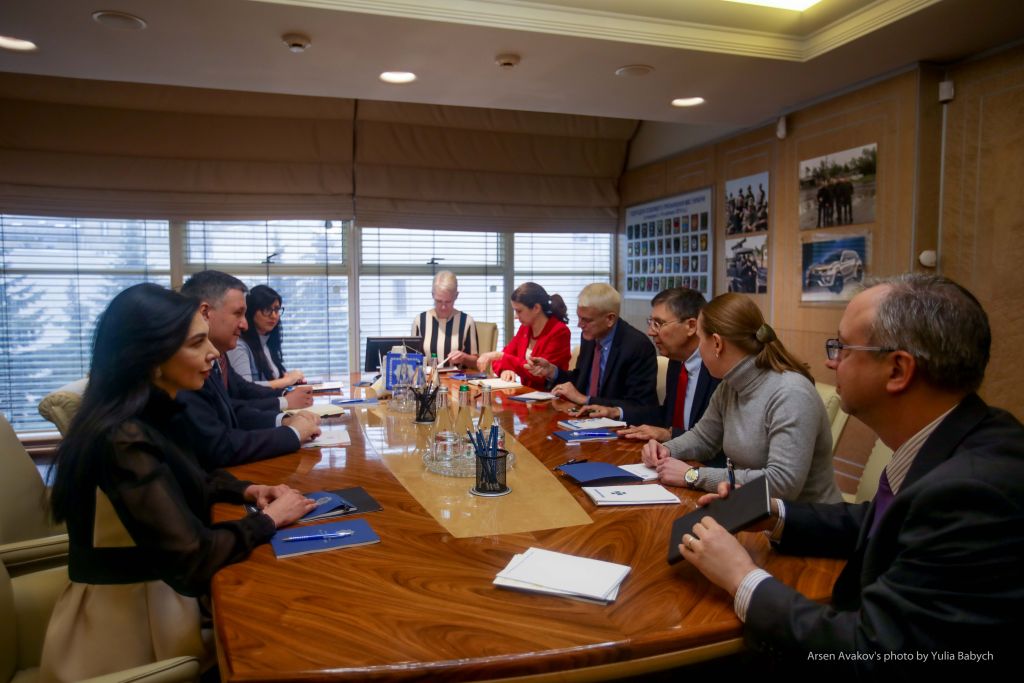